Ezekiel "Zero" Rogaine is a character role-played by s0upes.

Ezekiel Rogaine is usually seen wearing a dark suit with a backpack or parachute. He also has a white handlebar mustache.

He may be wearing more than one set of gloves.

Ezekiel may be Zero but there are other agents he is known to be associated with. 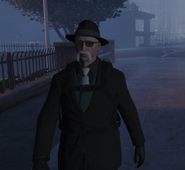 Zero walking down the street 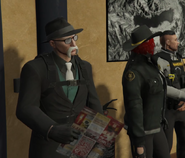 Zero at a PD meeting

Zero with Four at Grandmas
Community content is available under CC-BY-SA unless otherwise noted.
Advertisement