Evita "Mother" Nimm is a character role-played by Kiwo.

She had gathered various "sons" and "daughters", and previously would have done almost anything to protect them if they were in danger. (A notable situation involved Melbert Rickenbacker shooting her "son" Uchiha Jones in the back of the head, causing the loss of his left eye, brain injury, and memory loss. She took revenge on this act against Uchiha by assisting with kidnapping and stabbing Mel in the back with a knife that was provided to her. ["An eye for an eye."].)

Face of the Vanilla Unicorn

After disappearing once again, Mother returned to the city to which she was made the new face of the Vanilla Unicorn by Alabaster Slim. However, Slim will still be the owner of the club and pulling the strings from the shadows but Mother will be making decisions on his behalf to ensure that the club will not receive any unwanted attention. 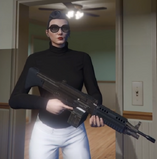 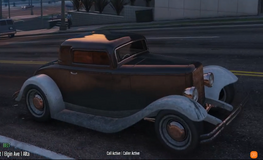 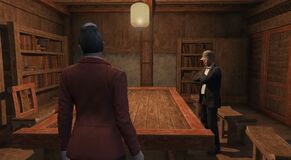 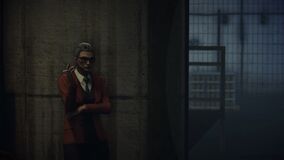 Parts of this biography have been borrowed from The Daily Los Santos Discord. Please visit there for live recaps.

Retrieved from "https://nopixel.fandom.com/wiki/Evita_%22Mother%22_Nimm?oldid=62172"
Community content is available under CC-BY-SA unless otherwise noted.