Eugene Zuckerberg is a character role-played by Vader.

Eugene Zuckerberg is a delusional elderly man. Many people think Eugene has dementia, or as he calls it, "dimensions", even though it's more of an excuse that he uses for his criminal behavior. Eugene works part time at Burger Shot, as an art curator at Vultur Lé Culturé and as delivery & pickups for The Digital Den. Its mostly as a cover for his illegal activities.

Eugene is a jack of all trades and has been employed by a large amount of people.

The Dementia of Lean Street

Eugene Zuckerberg is a founder and leader of Prune Gang, Founder of Gno-Mercy Records and former member of the Leanbois.

Eugene is a delusional elderly man. Many people think Eugene has dementia, or as he calls it, "dimensions", even though it's more of an excuse that he uses for his criminal behavior.

While many in the city perceive him to be a crazy old man, Eugene is a well connected and established weapons trafficker, warmonger, and high profile criminal. Eugene is close to 'Alabaster Slim, Melbert Rickenbacker, Yung Dab, and Lang Buddha.'

Eugene and Melbert Rickenbacker are the founding members of Prune Gang, a pseudo criminal organization with the primary goal of establishing themselves as criminals not to be disrespected or discriminated against based on their age. Originally, it consisted only of old elderly citizens, including Eugene, Mel, Gladys Berry, and Gordon Parks, eventually recruiting the younger Buck Colton, Kelly Smith, Davey Doherty, Hans Snitzel, and others as plums (associates).

After establishing themselves as members to be respected, Mel made an executive decision to kick out all members of Prune Gang who were not "old". This coincided with an argument between Mel and Gladys that resulted in Gladys Berry leaving the gang. Eugene believes Mel to be the reason for Prune Gang's demise, seeing his actions as unpredictable and chaotic.

Shortly after, Mel took a contract from Lang Buddha to assassinate Otto Delmar. Mel was caught by Otto, and purportedly snitched on Lang, telling Otto that it was he who set the contract. As a result, Mel was tortured gratuitously in the basement of the winery. Eugene, upon hearing of all that had transpired, asked Mel if he actually did snitch on Buddha, to which Mel said yes, saying he was motivated to do so for chaos' sake. Eugene found himself torn, understanding that Mel snitching was cause for death, while also having very close ties to Buddha as one of his closest friends and criminal allies. Eugene allowed Mel to be kidnapped and tortured by Buddha, agreeing to not intervene as recompense for Mel's actions. Mel subsequently became unhinged and chaotic, assaulting both police and civilians carelessly. Eugene chose to distance himself from Mel, seeing Mel as a threat to his business as a weapons distributor. This was followed by Mel taking a hiatus from the city, prompting Eugene to formally suspend Prune Gang indefinitely. Despite all that transpired, Eugene still considers Mel to be one of his closest friends, preventing Buddha from attacking him further.

After the LeanBois being dissolved and the gang drama Eugene went solo. Eventually he decided that it was time to Bring back Prune Gang. Prune Gang is now back in full effect.

Their intentions were to help the city and the police force realize their mistakes and fix them. Dab took it upon himself to be the face and group had alternating members, from criminals and various other civilians.

The group caused chaos amongst Los Santos, which eventually led to Dab into max security prison, following the groups activities.

Eugene campaigned to become the Mayor, he was told by Dennis LaBarre to not commit crime for 14 days, and they would expunge his criminal record, in order to become mayor.

Eugene achieved this and became interim mayor, but didn't last long, because he felt he had no power as mayor. He preceded to go back to crime.

Having been close friends with Buddha and the Leanbois for a long time, and feeling increasingly tired of being a solo criminal. Eugene jokingly proposed the idea of him becoming a Leanboi to Buddha, who showed great enthusiasm for the idea.

After a short period of deliberation, he joined Leanbois as a Leanbois Affiliate (LBA), taking the moniker "LeanGene".

As of 5th of May 2020, Eugene has been initiated as a full member of the Leanbois.

On 2nd of September 2020, Eugene was kicked out of the Leanbois.

Eugene is a jack of all trades and has been employed by a large amount of people. 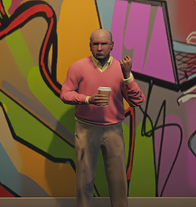 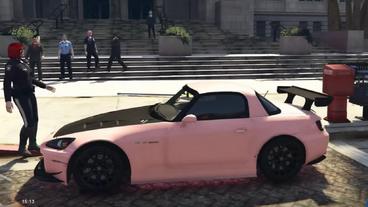 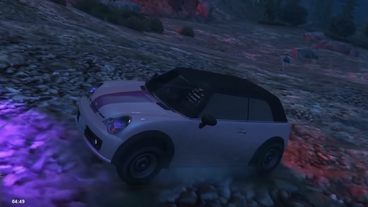 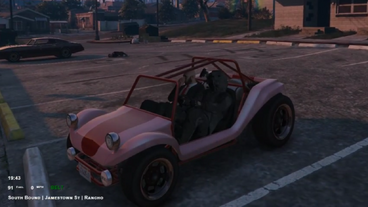 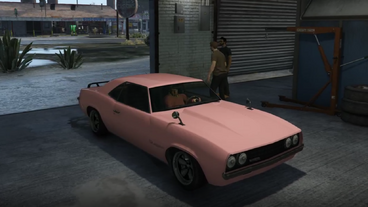 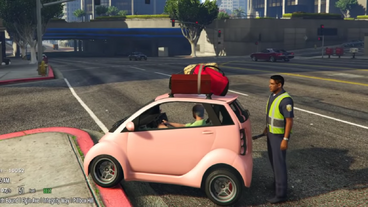 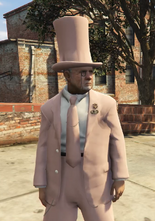 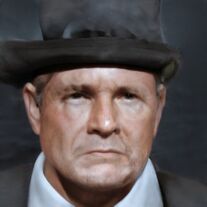 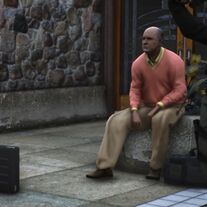 Eugene in “A Peek into NoPixel” trailer 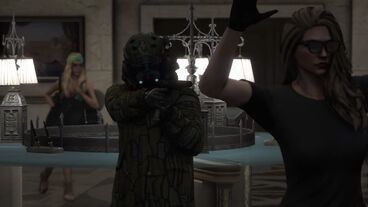 (L-R) Windsong, Eugene & Fiona in “A Peek Into NoPixel” trailer 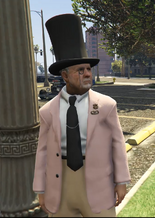 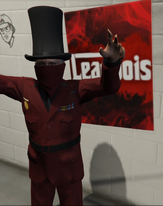 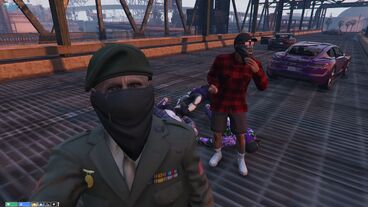 Retrieved from "https://nopixel.fandom.com/wiki/Eugene_Zuckerberg?oldid=105285"
Community content is available under CC-BY-SA unless otherwise noted.