Ensley Alton is a character role-played by KatFires.

Ensley Alton is a Corporal for the Senora Desert Sheriff's Office, Badge #921. She was formerly a Senior Corrections Officer + FTO for the Department of Corrections.

Ensley achieved her long-held aspiration of joining the LSPD when she was granted a conditional job offer and made a Cadet on March 16th, 2021.

Ensley became Big T's Campaign manager when he decided to run for chief of police. When he failed at that he became the Assistant Chief of Police. Eventually months down the line Big T would run for Sheriff of the BCSO Ensley would continue her campaigning for Big T to become Sheriff as one of Torettis biggest supporters.

Ensley started off as a ping chaser within the LSPD and grew to be amazing at chases as some of her shift 2-3 crossover coworkers call her "Reckless Evading Alton". She is a underrated driver and has proved to be a great one as well as a great shooter.

In December of 2021 Ensley switched from the LSPD to the SDSO after Domenic Toretti became the Sherriff. This switch came with a personality switch. Ensley went from being the go-happy ping chasing LSPD officer she once was to a unhappy "37 slut" who loves nothing but Drug Calls, Traffic Stops and Breaking and Entering's. She also took up the offer Willy Glory once gave her of joining the BTF. On December 20th Silas Grimmer accepted Alton into the BTF as "NightOwl".

Ensley has began to grow into her new role in the SDSO, She is starting to become happy again and enjoy being in the Senora Desert Sheriff's Office.

Jack Frent - Jack and Ensley met in the D.O.C when Ensley was a FTO within the D.O.C. Ensley trained Frent. In late 2020 Jack and Ensley became obviously friendly with each other quickly becoming close friends. They bonded over their enjoyment of gambling. In November 2020 Ensley asked Jack out on a gambling date and the two have been together ever since.

Luka Kovacic - Started their friendship during both of their cadet phases. The two have a great personality that feeds off each other well. Use to be Ensleys patrol partner until he joined the Street Crimes Unit then disappeared from the city for a long period of time.

Ridley Adams - Ridley kidnapped Ensley from the prison one night during her long alone shift that the prison. He nick named her "Mos Esley". The two bicker back and forwards like brother and sister at times.

Chris Kross - As a solo cadet Chris Kross became Ensleys protégé and Ensley took him under her wing. She began to ride with Kross and help him and improve as an officer. Kross became Ensleys partner of sorts. She told Kross that if her failed his final evaluation that she would probably die of embarrassment. He passed it then disappeared for a long period of time.

Louis Bloom - Bloom began looking up to Ensley as an Officer in October 2021. She took him in air-1 as a co-pilot and even though officers were complaining about his comms she stood up for him. Ensley and Bloom quickly started to become friends after this situation. In late December 2021 Ensley and Bloom began to ride with each other on a regular basis and now consider each other patrol partners. 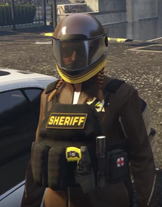 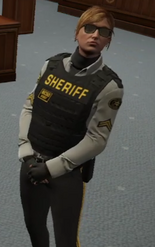 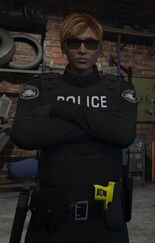 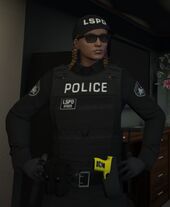 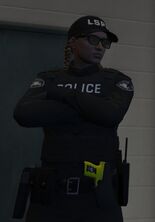 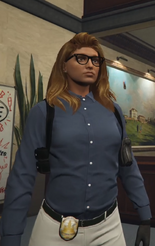 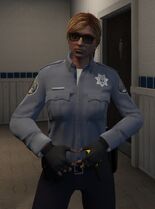