Emma Dupont is a character role-played by Kinamazing.

Emma Dupont is a Lieutenant for the Los Santos Police Department, Badge #406.

She was previously a Deputy for the Blaine County Sheriff's Office, Badge #306.

She can read you your rights in English and French, but probably won't if you ask. She doesn't wanna waste that kind of time. Dupont is originally from Montreal, Canada.

Dupont is the most badass, take-no-shit, catch-your-ass Deputy in the Los Santos Police Department. Dupont has trained alot of the Officers in PD including some of her superiors, she believes in following the PD's standard operating procedures (SOP's) and having a high standard and makes sure others do the same on the same shift. Dupont's goal is to get back to being a Trooper. Although she can be serious when it comes to policing she also knows when to have some fun. Emma Dupont is daddy.

Emma keeps track of people that pissed her off. It can be because said person(s) pissed off one of her friends or people that made her mad. 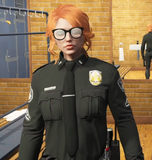 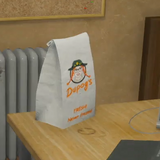 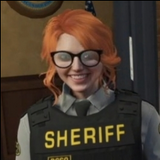 Off Duty with Mask

Dupont Posing With Uzi She Found

Postcard from Forcer to Dupont

Postcard from Forcer to Dupont (back)

"You are definitely worth this ring, you deserve all my respect, and you are worth more than anything in the world." A gift from Snow after her first ring was stolen.