Emily Reinhart is a character role-played by Acaibear.

Emily Reinhart is a Officer for the Los Santos Police Department, Badge #427.

Reinhart started her police career as a Cadet for the LSPD; riding with her FTO, Senior Officer Brittany Angel.

After being promoted to Officer, she began building a good rapport with her superiors for her exceptional handling of evidence and paperwork. Chief Vladimir Raven and Assistant Chief Olivia Copper took notice, and promoted her to Senior Officer and Detective.

Emily L. Reinhart is from Liberty City. She is a young, brilliant woman, who experienced every college student's worst nightmare - to be unsure of what they want to pursue as a degree in their life long career choice after college. After failing many times at finding a career path, and on the verge of giving up, she found her passion in Criminal Justice and Law.

She spent her time volunteering at the local police station filing paperwork, cataloging, and answering the phone. In her off time she studied law consistently to become a lawyer. As of recently, she has grown tired of fighting for the criminals to spare them time in jail, or remove their charges for their actions, as she has repeatedly received backlash.

When Forcer was attending academy, Reinhart helped her deal with her anxiety and panic attacks. Reinhart also invited Forcer to move in with her.

Reinhart has known Copper since Reinhart was a cadet. The two were married by Judge Dennis LaBarre on the side of Senora Freeway, after hearing that Michael Dias had legally gotten married to Dr. Tracy Martell. After getting married, Copper gave Reinhart her personal knuckle dusters as a ring.

Copper has stated in the past that, even though Reinhart isn't a member of the SASP, she's still "practically perfect in every way".

Copper took notice of Reinhart's hard work as an Officer, and, alongside Vladimir Raven, promoted her to Senior Officer and invited her into the Criminal Investigation Division on August 9th, 2019. 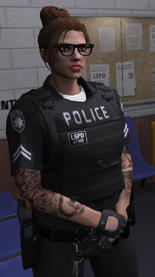 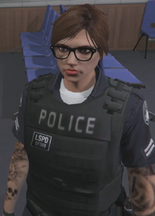 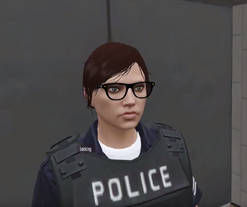 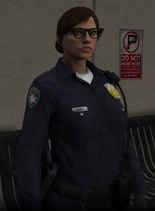 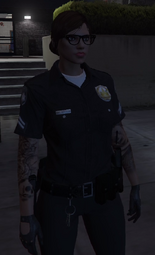 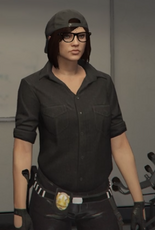 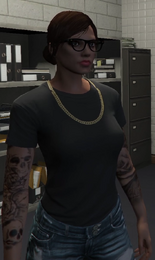 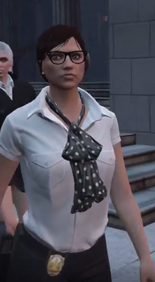 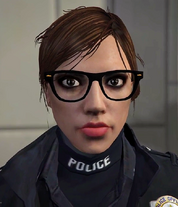