Ekaterina Alekseyevna (aka Katusha or Trina) was a Solo Cadet for the Los Santos Police Department, Badge #677.

She is also a salesperson for Premium Deluxe Motorsport.

She was previously a Corrections Officer for the Department of Corrections, Badge #742.

Katusha, a former Russian mail order bride, grew up in Krasnoyarsk, Siberia, Russia. Located on the Yenisei River with lovely wooded surroundings, she enjoyed swimming and other outdoor sports growing up. Katusha's parents fell on hard times, and sold her off to a lonely businessman in the states. On the day of their third wedding anniversary, her husband was leaving a jewelry store with a beautiful gift to celebrate; as he stepped on the sidewalk, he was struck by a vehicle making a run from the police. In an instant, Katusha was completely alone.

Katusha had to prove that, not only did she have nothing to do with his death (absolutely preposterous), but she had to show that her marriage of three years was real to avoid deportation. Soured to all that happened, she made her way to Los Santos, looking to start anew.

To that end, she found odd delivery jobs, and the occasional food truck to work. Her first Los Santos modeling gig was on December 7th, 2019, where she modeled to market a local real estate business. 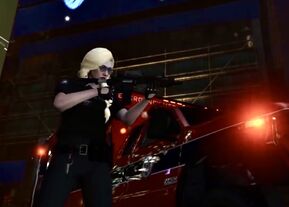 Trina during a shootout 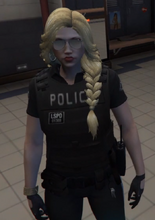 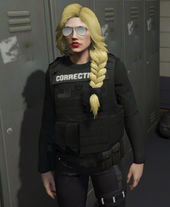 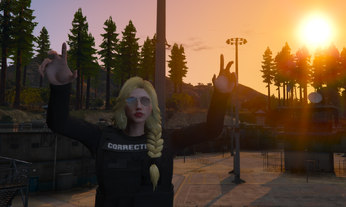 Life at the DOC 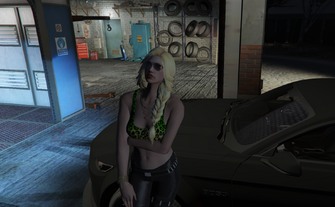 Trina with her Boss 302 - Harmony Repair