East Side Ballas were a street gang primarily located on Grove Street, Covenant Ave. and Brouge Ave. They also held territories in other areas such as Fudge Lane. They have been dissolved and no longer exist as a gang.

The East Side Ballas were formed by Tyrone Biggums after his release from a year-long sentence in prison.

They were known for the color purple, with members often seen wearing purple clothing and driving purple vehicles.

This coincided with the recent death of the Ballas leader Big E and the ascension of Kym Johnson as the new leader of the gang.

Tyrone Biggums was the only OG of the Ballas that remained, so he demanded that he become leader as opposed to Kym.

Kym refused to step down after she got accused by Biggums to be behind the deaths of OG Curtis, Frost and Big E, which caused a split in the Ballas gang, between Tyrone Biggums' crew, the East Side Ballas, and Kym Johnson's gang: the South Side Ballas.

As a result, Kym maintained her position as leader like Big E wanted, and one of her members switched sides, it was Novah Walker. This is also when the Ballas following Tyrone Biggums got their own territory on Fudge Lane after Payne Real Estate sold them houses up there.

Tyrone Biggums and the Ballas moved into the South Side Ballas' cul-de-sac after they purchased it from Chang Gang for 3.5 million dollars. The sac was initially taken by the Leanbois after completely defeating the South Side Ballas and taking their territory, then it was eventually sold to the Chang Gang who then sold it to ESB.

On July 30th, 2020, founder of the Aztecas, Jose Martin Perez came back to the state and joined ESB. He gave the houses that the Aztecas owned to the Ballas, further expanding ESB's territory.

Taking over Grove St. from the Leanbois

The Gang grew exponentially in terms of members. Such growth caused them to develop different business interests. They initially started off as fragment of the South Side Ballas, they turned into one of the most successful money making gangs in the state.

They had a heavy investment into running Oxycontin pills and having small time criminals do "Oxy run's" for them. Before The Great Material War they were the primary suppliers of Oxycontin for Chang Gang.

The East Side Ballas and Chang Gang were close allies for a very long time, assisting each other in almost everything from fighting wars to CG supplying ESB with weapons and drugs, but after December 6th, 2020 their partnership was dissolved.

Their relationship took a turn for the worse because Outto-Tune Tyrone was raising the prices of materials to $40/per (making it very expensive to buy in bulk) therefore messing up the gun trade, which Vinny Pistone had a very big hand in, as OTT regularly sold materials to Vinny. Furthermore, the Marabunta Grande along with other people were helping OTT keep the recycling center strictly limited to be used by those who are grinding materials for OTT, meaning that the entire material industry in the state was controlled by OTT. OTT's workers did this by robbing anyone who used the recycling center that wasn't affiliated with OTT. OTT therefore had full control of the material production in the state.

Since Outto-Tune Tyrone was the only source of bulk materials in the state like mentioned above, he decided to raise the prices of materials more for extra money for himself, and he was heavily relied on by various groups in buying materials from. OTT confronted Vinny Pistone about this, notifying him of the price increase. Vinny did not like this decision and wanted the prices lowered back to a normal range. This led to a heated argument between OTT and Vinny, with Vinny calling OTT "very unloyal", thereby leading OTT to pull a gun on Vinny in anger. This escalated tensions between the two very much.

Following this, a meeting occurred between CG and ESB about OTT raising prices and the tensions between the two. OTT and Vinny were still angry at each other over the fight earlier and OTT still refused to lower prices. This is where Vinny decided to cut ESB off completely as allies. This irritated the Ballas in the meeting which resulted in a shootout between the two groups. Their relationships turned bad and the groups started going to war with each other. This led to various other gangs and factions across the state to join CG in the war against ESB, either because CG told them to join the war or because of their own reasons. The war also led to Carlos Sanchez and Novah Walker betraying ESB and switching sides, due to dissatisfaction with the gang.

Furthermore, Tyrone Biggums had some conflicts with Allen Widemann and Nino Chavez over gun trades, with Tyrone threatening to kill Allen and kidnapping Nino, causing Sahara International and their associated groups/factions to get involved in the war against ESB.

The East Side Ballas were therefore at war with practically every group in the state. The gangs actively participating in the war with hunting parties against ESB and their allies included the Chang Gang, Sahara International, Flippy's Crew known as Hydra or Snake Gang and the HOA. The Lost MC took this opportunity to ally themselves with the state to hold down the chop shop to avoid OTT from taxing and robbing people there. The Bondi Boys MC were not participating actively in the war, but they were going after ESB oxy and materials supply to weaken the gang. The Vagos, Lunatix MC, and The Families are not participating, but they expressed their dislike for ESB. Several mechanic shops like the Tuner Shop, QuickFix, and Harmony Repairs Garage decided to charge extra to ESB to take their money away and support the rest of the gangs and MCs with repairs. The Angels briefly participated against ESB by fighting the Arab Mafia. Even the Police Department and EMS understood why the war was active and some even hoped ESB were defeated. The Department of Justice gave Andi Jones the Grove Street Gas Station and the HOA renamed it Skittle Street Gas Station, after the state united against the gang.

The End of ESB

In the midst of the war on 12/15/20 Tyrone Biggums had his government deportation from the state permanently extended (in other words, he was permanently banned from the server), which caused Outto-Tune Tyrone to take over as the new leader. However, OTT was scared for the gang's future given their decreased numbers, especially since the entire state was at war with them and there was no way out without them all dying. Nino, however, got in contact with OTT and extended a peace deal to him by telling him that he wants to see ESB completely destroyed and Grove St. taken from them - thereby destroying the gang completely - but he stated that he would end the state-wide war and wouldn't kill OTT and other ESB members as long as they would leave ESB and let it die. So OTT went on to convince as many members as possible to leave ESB to save their lives before they died with the sinking ship, vowing to one day rebuild. Some members left while others decided to stay, vowing to "die with the set" and "die purple."

Soon after, “Dead Eye” Drew Harrison returned from his trip to Russia and saw the state the gang was in after being caught up on the events. He took over the role of leader since he was always second-in-command, thereby taking OTT's position as leader and making him the newest and last leader of ESB. He believed he could convince Nino Chavez to call off the state-wide war while still allowing ESB to keep their gang alive, along with their colors and territory. In the meeting, Nino refused this deal and again re-stated his condition that ESB must be completely abolished and any members that want to stay alive must leave the gang. Dead Eye told Nino that he would never leave the gang and that he would die purple, asking Nino to kill him as he is: an Eastside Balla. This resulted in Nino giving the nearby Vagos guards a signal to shoot, causing them to shoot and kill Dead Eye on the spot.

Drew Harrison's death marked the end of the Eastside Ballas, since the other members had all either vowed to leave the gang or die with it. Dead Eye was killed on December 17, 2020.

For the remainder of 2.0 ESB remained defunct, however after the release of the 3.0 phone update they relaunched under completely new leadership and changed their name to simply Ballas, retaining OTT as the only former member of ESB at launch. (He later left the group on 6/1/21.) 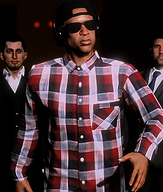 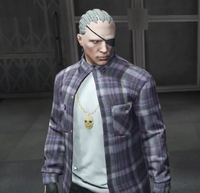 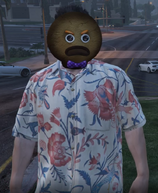 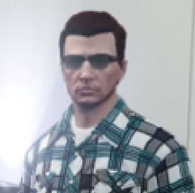 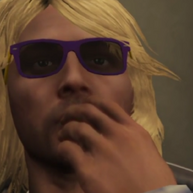 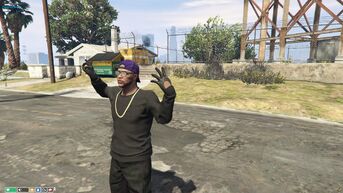