Domenic Toretti is a Sergeant for the Los Santos Police Department, and Head of Personnel and Training Division (PTD), Badge #419.

Domenic Toretti is a caucasian male with blond hair, trimmed beard, and is often described as a "Pretty boy". He allegedly wears make-up. 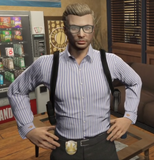 Toretti in his PTD attire 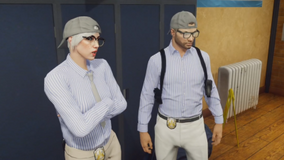 Domenic Toretti is a Senior Officer for the Los Santos Police Department, Badge #419.

Toretti flirts frequently with most women around him, most notably: Olivia Copper, Emma Dupont, Jessica Wesker, and Hope Carter.

He has no tattoos and nearly always wears sunglasses.

Toretti was taken hostage multiple times by gangs in the city. The Chang Gang kidnapped him in protest of being held in cells for hours, and police not being held accountable. Torretti was dropped from the top of a high-rise complex at a construction site, he survived his injuries, as he was wearing a vest.

Days later, Toretti was taken hostage by the Leanbois. The Leanbois tried to get Toretti to go off duty at the Sandy Shores police station so that he could not be tracked and followed. At the station, the police caught up to the vehicle, and he was shot by the hostage-takers during negotiations after the police opened fire. He survived his injuries but was told by Trooper Tony Andrews that he should consider riding with a partner for his own safety.

Toretti is involved in a feud with Cadet Francis J Francer. Francis challenged Toretti to a police battle, loser gets fired, which he refused. Francis later went to Pillbox Medical Center and prank called random numbers pretending to be Toretti. He told the callers that he soiled his pants, and needs his dad to come pick him up. Callers then went on Twitter to mock Toretti.

Francis also called attorney Chris McGrawl, and pretended to be Toretti. Francis told McGrawl to deliver four "Meat Lovers" pizzas to Pillbox, and he'd pay him $8,000. McGrawl later filed a lawsuit against Toretti; suing for $9K for the pizzas, and $18K for damages. McGrawl called Francis as a witness, but the case was later dropped by McGrawl for uncited reasons.

On February 5th, 2020, while in holding in the cells of MRPD, Toretti beat Maul Dingh with a flashlight until he was incapacitated, and then tased him repeatedly. Maul Dingh was taken to Pillbox Medical Center, where he died of heart failure.

Cadet Toretti informed Sergeant AJ Hunter of his planned sting operation to catch notorious Jewish swimmer and criminal Chase Clouter. Chase wanted to do one last job and Toretti posed as a new Jewish criminal that wanted to join his crew. Toretti lured Clouter to Pillbox Medical Center and his cover was blown, and Chase fled the scene. Eventually, Clouter was caught but again escaped custody during a bench trial after several attempts. Senior Officer Emily Reinhart was upset that Torreti did the sting without approval and reported him to High Command via email. Toretti was issued strike points and suspended for one day by Chief Bobby Smith and Assistant Chief Thomas Metzger for ignoring the proper chain of command for sting operations.

Toretti pulled over a muscle car for illegal tints. The driver was Erin Cox and her passenger was Sonya Summers. The car was registered to Summers, who was bound to a wheelchair at the time. She was irate about the stop and shot Torretti, and she vowed to shoot him every time he pulls her over.

Toretti was kidnapped by Cassie Cupcakes on March 4th, 2020, and was forced to marry her at gunpoint. Many people came to witness the wedding, including his mother, Brittany Angel, where she refused to accept the wedding but proceeded anyway. However, the wedding would end in tragedy where an LSPD K9 Unit mauled Cassie in front of the church steps, horrifying all the wedding-goers.[2]

The Death of Bodean Tucker

Bodean Tucker and Toretti previously had a dispute over Tucker's Daddy, Olivia Copper. This is regarding a previous situation where Tucker asked Toretti if the two were "hooking up" and Toretti drove away without answering. Tucker then confronted Copper about it and she denied anything happened. After that Copper told Toretti to stop alluding to people that she was staying over at his house or that they were in a relationship and he responded saying that it was Tucker that assumed everything and that he, in fact, just drove off without answering anything. Following this conversation, she then advised Tucker to stop commenting on her and Toretti and that he lost her trust. In a Pre-Tsunami situation, Tucker kidnapped Toretti and drove him off the cliff near the lighthouse in an attempt to regain trust from his daddy.

A couple of hours later Toretti found Lana Valentine waiting for Bo in the lobby of MRPD and Toretti after asking what his location was, offered her a ride to Pillbox Medical Center but halfway there Bo returned to MRPD, and so did Toretti. About 100 feet from arriving Lana stated that she was gonna punch him, but not in a serious tone, so Toretti didn't really pay much attention to it. He then dropped off Lana and Bo was standing at the entrance with a Baton at hand. He didn't know what their background was as to Lana wanting to punch him, but thought that this was all in a playful way. After Lana struck the first punch Toretti only heard Tucker provoking her by saying: "You punch like a girl", resulting in her punching him again and Bo responding: "Yep, you punch like a girl". Lana then proceeded to Karate chop him and commented: "I did punch you like a girl.", and Toretti thought he just got knocked out and that he was going to be fine. The whole fight got recorded on camera. Tucker then got transported to Pillbox where he died after the punch formed an embolism in the brain and he underwent cranial surgery to try and remove the embolism but did not pull through it. After the tragic announcement on the radio stating that Bodean Tucker sadly passed away, Toretti got told to stay on duty and about 20 minutes later he got questioned by Senior Officer Lance Malton and Trooper Olivia Copper after they watched the footage recorded by Kyle Winters to know more about what happened and why did Toretti give Lana a ride to MRPD. Officer Brian Knight and Senior Officer Sam Baas were shocked by the lack of commotion and guilt shown by Toretti, even though Bo tried to drown him in the ocean a couple of hours prior and that no way he could've known Bo would die from that. Brian then asked Toretti to speak with him privately and once they were alone in the evidence closet he struck him with a flashlight that resulted in him going to ICU.[3] No report came from Toretti's accident.

Since the creation of the Joint Task Force Toretti always found interesting in joining it, he had experience conducting an investigation as he led the case regarding Mr. Robert Rodgers and also has shown interest in doing sting operations and catch people dealing with guns and drugs. As time passed by, Toretti thought he was never going to get invited into the JTF, he often expressed his interest in JTF and the ability to do investigations to his partners (most of them JTF members). This led to several people recommend Toretti for JTF which included Lance Malton, Johnny Divine, Randy Wrangler, Kyle Pred and Brittany Angel. A few days before a JTF command meeting Trooper Jackie Snow asked him if he was still interested in joining in the division, citing that he was a good police officer that did his job correctly. On November 16th, 2020, he was officially invited into JTF during a morning debrief alongside Jackie Snow and Trooper Olivia Copper. After getting invited Toretti would often go UM to drug sales to see if he could catch handoffs. His first case as a detective was the Tramp serial killer investigation, which he started working on it before being a detective at the request of Divine who at the time was working on several cases. The case was led by Toretti who worked alongside Cadet Tessa Lamb, as she was one of the targets 0of the killer, and Trooper Copper who acted as the supervisor of the case, the case eventually evolved into an investigation into the Smileys, after the revelation that the Tramp was Kenneth Jesperson. Toretti has assisted investigating several groups and individuals such as the Northside Terrorists, Hoboleto, the Lost MC, The Damaged, Denzel Williams, Kyle Rogain, Eugene Zuckerberg, the Smileys and Thomas Dwayne.

Once "The Tramp" was captured and interrogated by several officers including Toretti and Lauren Forcer, Toretti helped Tessa prepare for the court case which was held on January 30th, 2021. Toretti along Tessa and Copper assisted to the trial against Kenneth Jesperson, in which Toretti took a secondary role as just a supervisor for Tessa's work as a member of JTF. Despite the attempts by the defense of trying to discredit Tessa for conflict of interest and because of her rank, Jesperson was found guilty of several counts of 1st degree murder and accessory to attempted 1st degree murder, making this Toretti's first case within JTF and his fist conviction as a detective. After they adjourned the trial, Toretti praised Tessa's work by saying that she was the person who did all the work, and told her she could always count with him for anything. Trooper Copper and the DA Paige Green congratulated both Toretti and Tessa's work. Copper then mentioned that together was a lethal duo and that people should fear the good police work both Tessa and Toretti do. In another meeting between Trooper Copper and Judges Dennis LaBarre, Buck Stanton, Ray Montagand Allison Thomas they praised both Toretti and Tessa's work for their good paperwork, Copper also mentioned that she was speechless from their work and that she could rely on them for investigations. While the judges praised Toretti and his paperwork also discussed the snippy attitude towards defense attorneys, but Trooper Copper defended him by saying that his attitude was nothing compared to other officers. Kenneth Jesperson was sentenced to prison in life after a separate hearing. 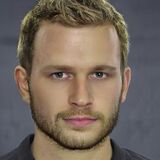 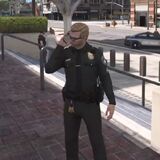 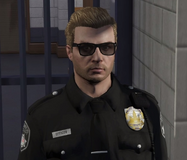 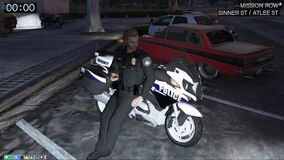 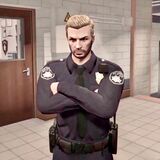 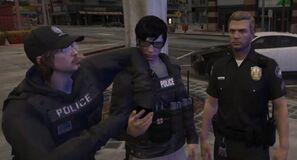 One of The Boyes
Add a photo to this gallery

Retrieved from "https://nopixel.fandom.com/wiki/Domenic_Toretti?oldid=109499"
Community content is available under CC-BY-SA unless otherwise noted.