The Department of Justice is the main government entity of Los Santos.

One service the DOJ provides is granting licenses for the citizens of Los Santos. They are able to grant Business, Vendor's, Driver's, Hunting, Fishing, Pilot's, Weapon's and Alcohol licenses. Each have associated prices. Some have expiration dates and must be renewed. All of them can be removed in the event of misconduct.

The Judges are responsible for drafting and putting forward laws that exist in the city as well as any amendment to the Los Santos Constitution.

The Senate oversees the city and can overrule any decision made by the Judges or Mayor. They were granted unlimited power.

The concept of Separation of Powers is quite blurred in Los Santos. Whilst the Mayor's Office operates mostly on its own, separate from the Judges, there is a large amount of overlap in duties and powers.

As of April 7th, 2022, Alan Crane has been appointed to serve as the Chief Judge by the Senate, a permanent (non-elected) position. 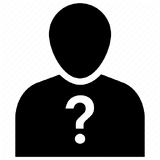 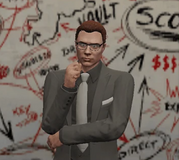 In memory of members of the DOJ who have passed away, either by natural or unnatural ways.

San Andreas is a death penalty state. There have been four executions since the Government Restructure.