Dawn Hearte is a character role-played by NeveRossa.

Dawn Hearte is a self-described 'assistant to many' with quite a number of jobs under her belt.

She's fairly well known around the city, and is also known to snort quite a bit when she laughs, which led her to come up with the Snort Gang - a 'friendship gang' that is composed only of people who snortles. 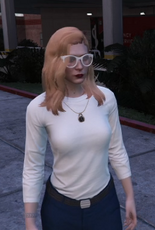 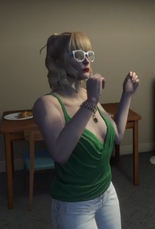 Dawn Hearte in her famous green outfit partying alone in her apartment. 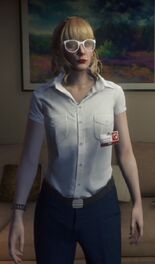 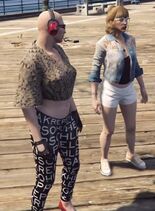 Dawn Hearte and Grognak at the pier