Cop Killa Records was a Los Santos based record label. It is now dissolved since merged to create Gno-Mercy Records.

Cop Killa Records (CKR) was founded in 2019 by Alabaster Slim and Yung Dab. It was previously known as "Drug Dealer Records", as both the founding members were known drug dealers.

The studio name was changed to "Cop Killa Records" after Yung Dab shot his first cop (Jenny Hall) with Slim and Lang Buddha, during a Jewelry Store heist.

Outto-Tune Tyrone joined the label soon after arriving in the city, and he was quickly promoted to Senior Artist of the label by Yung Dab.

In April 2020, after many months of inactivity, Cop Killa Records closed and the company dissolved. This is because it merged with Prune Tang Records to create a new label: Gno-Mercy Records.

On July 13th, 2019, Alabaster Slim, Lang Buddha, Eugene Zuckerberg, and Gomer Colton took Ryan Parker hostage for a bank job after he crashed into them. While in their trunk, Ryan managed to text Reid Dankleaf and pinged him while they were driving to the bank. When Reid arrived, he unloaded an AP Pistol outside and demanded that they let his "wife" go. When Slim didn't comply, Reid shot out their getaway car's tires.

The day after, Slim and Eugene rob Ryan of 10 bags of weed and tell him not to tell the rest of the Lost MC that is was them that kidnapped him the other day. Ryan got on the Lost MC's radio freq and explains to Gary Adams what happened.

After learning what Slim did to Ryan, the Lost called up Slim and asked him to meet them at the Yellow Jacket. Slim, Eugene, Gomer, and Curtis Swoleroid go up to the Yellow Jack to meet the Lost, with Slim and Gomer going inside and Eugene and Curtis staying outside in case something goes wrong, Slim tells them to shoot if he says the phrase "I'll be seeing you later" on the radio. Eventually, Slim and Gomer meet Reginald Campbell, Victor Mason, Samuel O'Faolain, and Gary Adams at the Yellow Jack. Reggie and Slim do most of the talking, with Reggie offering to forgive Slim for the trouble he's caused. Slim, however, claims that the whole mess was Ryan and Reid's fault. He's also especially mad at Ryan for snitching. An uneasy end comes to the discussion, and as the bikers begin to walk away, Slim tells them, "I guess I'll be seeing you later". Suddenly, Eugene and Curtis, both wielding LMG's, flank the Lost from outside. Although both Gomer and Slim eventually go down, the rest of the bikers were outmatched by Eugene and Curtis' bigger guns, and all four of them go down. Eugene and Curtis pick up Slim and Gomer and quickly leave the scene. Victor Mason later passed away due to complications while in the ICU.

After learning that Victor had passed away, Ryan and Mia Mersion went hunting for Eugune so they could question him on whether he had any involvement in the shootout at the Yellow Jacket. After smashing up his store for a bit, they found him and radioed the rest of the Lost so that they could question him together. Eventually, after much arguing, the Lost made Ryan let Eugene go, on account of them not knowing for sure that Eugene was apart of the shootout at the Yellow Jacket. Additionally, they didn't feel comfortable making such a large decision without the Club President, Rudi Rinsen, being there to give the go-ahead. After heading to the compound, the Lost agree to go after Slim and Gomer but will wait on going after Eugene until Rudi is around. A few minutes pass and Cooch Cassidy reports that there's a suspicious-looking vehicle hanging around the compound. Both he and Reid shoot at the vehicle causing the driver to flee into the ocean. Reid and Ryan spot a boat with the individual and tail it back to land, as soon as he beaches Rein and Ryan open fire on the individual, downing him. After a lengthy pursuit with the police, the Lost manage to get the masked individual to the compound and unmask him, revealing him to be Eugene Zuckerberg. After comparing the outfit he was wearing, to the outfit that of one of the masked individuals involved in the shootout at the Yellow Jacket, the remaining members of the Lost agree that he was apart of it and open fire on Eugene causing him to go into the ICU.

Ryan Parker, Reid Dankleaf, and Reginald Campbell were making plans when they noticed a suspicious white vehicle occupied by Eugene Zuckerberg drive by the compound. They were immediately suspicious and went to investigate, Ryan and Reggie went to the southernmost part of the lake and find the car, alongside two occupied boats. The two attempt to make the driver of the vehicle step out, but they drive away, so the two try again with one of the people in the boats. The person (OTT) stealing the boat eventually stops and attempts to radio to his friends that the Lost found him, so Ryan and Reggie shoot and down him. The individual in the car (Eugene) and the individual in the other boat (Slim) come back and open fire on Ryan, taking out a few of the tires on his banshee, causing Ryan to be unable to chase after them. At this point, the police have arrived, before attempting to flee, Ryan realizes he can use the PD as a weapon. He yells at the cop that there are people shooting in the water and drives him towards one, the cop spots an individual (Slim) in the water and orders him to put his hands up, but is instantly put down. While the rest are busy with the PD, Ryan drives back and picks up the individual they shot down by the boat and takes them back to the compound, where they unmask him and reveal that it's Outto-Tune Tyrone. After noticing that OTT is no longer speaking on the radio, Slim calls up Reid and attempts to get him back. That eventually fails, causing Slim to make a tough choice, and call the police to inform them that OTT is being held captive in the Lost MC Compound. Before the police arrive at the compound, the Lost carve "Lost and Damned" into OTT's back.

The PD arrives at the compound and begins to question the Lost members outside. Meanwhile, OTT attempts to bargain with Ryan, telling him that if Ryan returns his belongings and allows him to leave, he won't tell the cops about what happened. He starts counting down from three before he reaches one, Ryan walks behind him and knocks him out cold and hides him in the back room of the compound. After hiding him, Ryan overhears an officer saying that they just want to search the compound, in an attempt to distract and maybe lure the officers away, Ryan bursts out of the compound in his car. While attempting to drive away, he crashes into a sign and flips his vehicle, while repairing it a masked individual (Eugene) approaches Ryan and takes him hostage. Meanwhile, the PD is clearing the compound and find an unconscious OTT and transport him to Pillbox Medical. Slim, Eugene, Gomer, and Vinny Pistone take Ryan to an isolated location and get on his radio frequency and start taunting Reid. However, Reid stands his ground and tells them that he wouldn't stoop as low as to call the cops if he had been in their situation. Eventually, Slim gets a call from OTT telling him what they did to him, after learning what happened to OTT Slim decides that they should carve "CKR" into Ryan's chest as payback. After that, Slim leaves the fate of Ryan up to OTT who ultimately decides to shoot him up. While driving back to the Lost MC's compound, the group questions whether they did the right thing, before dumping him in the compound and calling EMS. Before the EMS arrives, Norman Bones shows up at the compound, walks around a bit, and eventually walks away. After receiving medical treatment Ryan is placed into the ICU.

On July 20th, 2019, Gary Adams, Reid Dankleaf, Reginald Campbell, and Jason Paul rolled on up Alabaster Slim, Eugene Zuckerberg, Lang Buddha, and Ellie Dono while they were leaving the CKR office. A shootout occurred between the 8 with all of the Lost getting downed and none of Slim's crew getting downed. While in the hospital, Reginald Campbell passes away from GSW's. Reid and JP also get sent into the ICU.

After some minor skirmishes; Rudi Rinsen called up Slim and both of them agreed to end the war.

While on the run after breaking out of prison, Slim ran into the Lost at the smeltery and gave them his 1 of 1 Pimp Chalice and asked them to show it to Jackie Snow in hopes of him believing that the Lost had killed Slim.

Over the course of the war, 3 members of the Lost MC passed away. 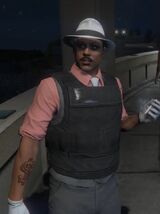 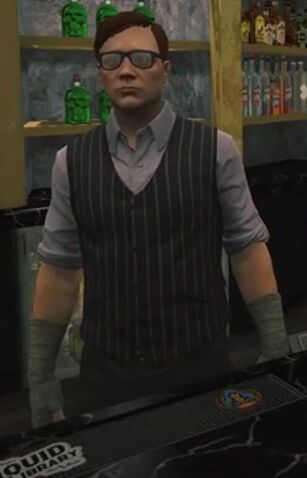 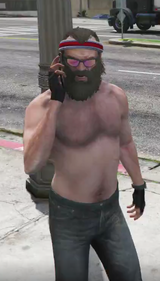 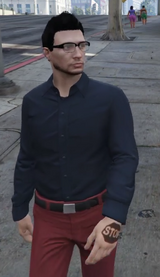 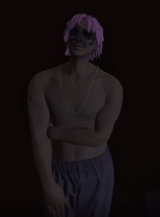 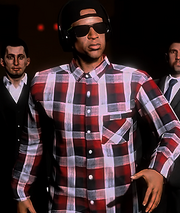 OTT - Former Artist
Add a photo to this gallery
Retrieved from "https://nopixel.fandom.com/wiki/Cop_Killa_Records?oldid=61316"
Community content is available under CC-BY-SA unless otherwise noted.