Cooper Hart is a character role-played by TheDeluxe4.

More information will be added soon.

Cooper started his life of crime learning from his friends Sidwig, Bubbles and Shivy (now Royal Mafia) and a few others like Lenny and Stacey. Cooper, leader and founder of The Hidden, is the designated getaway driver for the gang. He spent his first few months stealing Stratums and practicing and improving his driving skills. Cooper, with the help of comms from Stacey and a map she started, spent hours just driving and practicing jumps and rat strats. After really mastering his driving skills and strategies, growing closer with Charlie and IQ, along with meeting Alice, he started to really dedicate himself to crime along with the developments of The Hidden, around this time. His brother, Willy, started to also get more involved around this time. You will most likely voice identify Cooper in crime for his knock-off Beetlejuice voice. 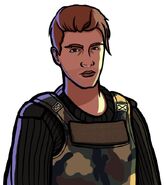 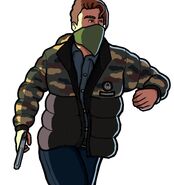 For more information about Cooper see The Hart Brothers