Conan Clarkson is a character role-played by Ramee.

Conan Clarkson is a Lieutenant and Co-Lead of the San Andreas State Park Rangers, Badge #299.

Clarkson is renowned in the city for being boisterous and a prankster. This has led to numerous appearances in court in the past, most notably with employees of Otto's Autos. However, he can be an excellent field and pursuit leader when needed, as he has demonstrated multiple times[4][5].

Conan Clarkson, born and raised in Liberty City, always wanted to be a Park Ranger. Ever since he was a boy, he had a fascination for wildlife and nature. He would always bring home rabbits and squirrels to his mom to see if he could eat it.

Eventually, he grew out of bringing home roadkill, and decided to preserve parks and oversee recreations. He moved to Los Santos and became a Park Ranger for the San Andreas State Parks Center, where he works with Jessica, who will shoot anyone that stands too close to her. 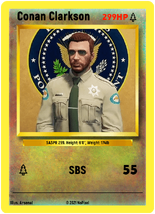 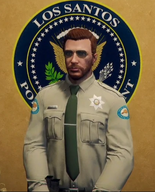 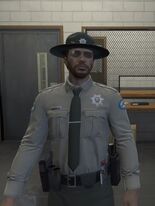 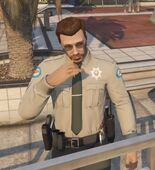 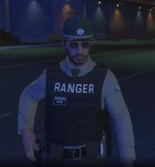 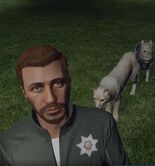 Conan with Bonan Barkson and his cougar 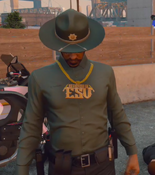 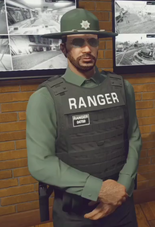 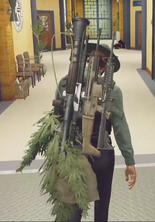 Conan waits for a repair 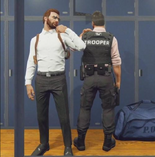 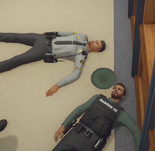 The Rangers at the Ranger Station
Apr 2022 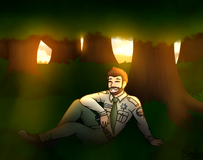 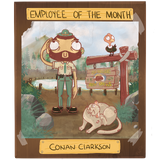 By @Foofie on Discord 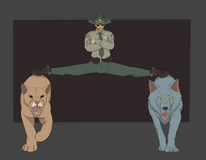 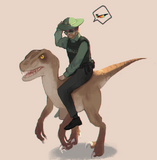