Con moved to Los Santos to live a life of nakedness at the nudist colony, a life where he could be free, stripped of all that weighs him down and to put the past behind him, he is trying to live the life of a civ but the temptations of the city are slowly breaking him down, he wants nothing of that life, he wants is to return to his roots, start a small business at the colony, preferably a fruit and vegetable shop for the locals, and work at the lumber yard, attend his weekly therapy sessions, and live out his days a comfortable existence with a small house near Mount Chilliad, Los Santos however has other plans, like everyone finds out.

Con met Raul and Susie early on when he began working for them at Roadside Repairs & Deliveries and has remained very close with them ever since.

Con's closest friend in the city is John Turner, a former colleague at RRD, they have formed a close bond where John has introduced Con to 'The Kelly Crime Family' run by Edward Kelly.

On the <date> Con was kidnapped at gunpoint by Siz and the HOA to partake in a Cokaine mission, the mission was to breakdown bricks of coke into pure baggies as well as crack, then transport it to a secure location, without being caught, unfortunately Con and his associates where caught with close to $600,000 USD worth of drusg on them and sent to prison waiting further investigation. After 2 years in prison Con was released with no charges.

Growing up in Sydney, Con loved his cars, when he arrived in Los Santos the first car he saw was the first car he owned when he was a teenager, the Sevestra, since then he has worked hard to acquire a number of vehicles.

Con in for the 9s 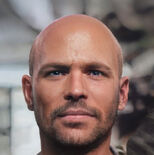