The Clean Cartel is one of the biggest drug operations based in Los Santos, the Cartel is run by the Cleanbois and The Guild. The Cartel dwadles in the production and supply of meth and cocaine.

The Cleanbois began their meth operation after getting their hands on a key to a meth lab. The first cook was successful batch of meth cured to 82%. After cooking the first batch, they received help from Pegasus Concierge who would provide an overlook and security when cooking and eventually brought in members of The Guild to help with the cooking process.

Gloryon soon became their main cook, overseeing most of the production and eventually taught his craft to the rest of The Guild. Once they were able to build their own meth tables and cook outside of the labs they started refining their process and upped their production, setting home in the halls of the Clean Manor.

After investing over half a million dollars Lang Buddha, Tony Corleone, and Bjorn Corleone managed to import Colombian Cocaine into Los Santos. With a surplus of the product and no clear channel of distribution, along with Mickey S they took it to the rich and affluent as a way to spice up their parties.

When the residents of Los Santos took to their product like fish to water they decided to expand their operation, founding the Clean Cartel on October 3, 2021 (the name was coined by Mickey S).

"We are just brokers, crypto brokers dealing in NFTs, crypto shares, block-chain, whole bunch of other shit that no one really cares about because the people who are actually passionate about it drive people insane, its the perfect cover so no one cares what we are doing."

Despite the operation of their coke business being handled in a riskier manner than the rest of their other illegal drug ventures, the boys instructed their dealers to refer to their product as "crypto" when communicating about it in the open.

After recruiting a number of dealers, referred to as "brokers", Lang Buddha and Mickey S got the front business for the operation, Stratum Knights Investments, approved by the major on October 17, 2021. 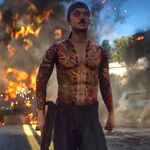 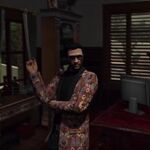 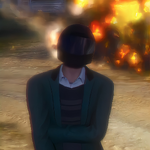 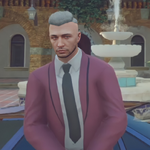