Claire Seducer is a character role-played by bananabrea

Claire is a 23-year-old pansexual pickup artist turned criminal after joining the Angels. She used to spend most of her time riding her bicycle around town, now she commits crimes and still tries to flirt with whoever she sees. She calls herself the city's "Punching Bag" because everybody is rude to her. She is often underrated, which is actually her strength.

Claire has a short-term memory problem and each time the sun rises in the city she forgets the previous day's events and people. Her memory loss goes back to her childhood, where she remembers saying goodbye to her mother, and her bike. She sometimes gets hints about the past through her own tweets or names in her phone. Dr. Choi recommended that she writes in her 'Journal' as a way to remember everything. It is unknown where she keeps her Journal. There are a very few people in the city that know the existence of her Journal. Her Journal contains many secrets of Los Santos. There are times when she forgets to read her Journal and will revert back into "Old Claire."

Claire formed an all-girl gang called the SBS Angels, alongside Cassie Cupcakes and Violet van Housen. The gang was eventually renamed to the Angels and began to accept male members. They commit crimes throughout the city with varying levels of success. On the month of June 2020, the Angels officially declared Claire as leader. Claire is most known for her ability to save her gang and allies silently (without shooting) through disguises and tactics.

Return to the City

After the robbing the Vault, Claire escaped to Mexico where she spent all of her money on adventures and cocaine. She returns to Los Santos with her memory slightly improving and her journal with a lot of missing pages.

Claire, along with Violet, were wondering if there was a way to practice the hacking of Fleecas after they attempted their first with only the information that Randy provided to them. They found that the amount of money needed just to practice was off-putting to not just them, but many other groups and individuals. A few days later when Claire was talking to Marcus, at Digital Den, he offered that if she had any ideas he may be able to help with them. Claire instantly thought to bring up the idea of creating a game that would allow the people of the city to attempt hacking before hitting the Fleeca. Marcus said that he would talk to Jacob and would let her know if it could happen.

After a few days, Jacob called Claire to ask for her ping. He said that she was interested in and to come to his ping to see it. Claire grabbed Violet and started to head up Great Ocean. Once they arrived at Hookies, they saw the arcade machine with a note on how to play. After attempting the game, Jacob approached and told them that this was a beta of the game and he was going to leave the game in their hands to take care of and run for others in the city.

The Angels created the new persona of the Game Master as a over-arcing entity that they would all represent for the distribution of the game. They tested the game with Jean Paul and Nino, then closed the Beta test.

A few weeks later Claire was contacted by Dean saying to meet him by at the gas-station on Senora Freeway before entering Paleto. Once Claire met with Dean he lead her to the Hobo Camp and asked if she had ever talked to this dude in a tent here saying, "he said he had something." Claire spoke to the man and he offered her Yellow Laptops. Dean said that it seemed like something that she would be interested in and he was only telling her.

Claire let the rest of the gang know that she now has access to Yellow Practice Laptops and that they were bringing back the Game Masters. They began to build a list of groups and individuals that may have an interest in the laptops. The first group that they felt should get the chance at the laptops were the HOA since the Angels felt that the HOA were in a very similar position as themselves.

On the night of the Dean World opening the Game Master tasked Huck, Kleb, Julio, and Hades to get a USB with information from Lifeinvader to the Fudge Lane decryption house then to them. Lexi went undercover as an employee with Victor and acted as a contact for uploading and downloading data from the drive at the locations, while Alex ran interference and attempted to "attack" the HOA. Claire and Violet finally met with the HOA and revealed to them that they would be the first in the city to receive the laptops. 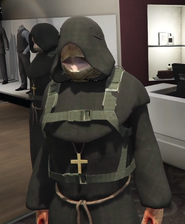 Claire at the Rooster's Rest. 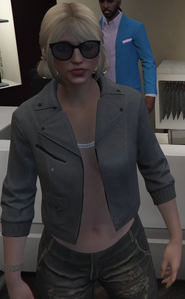 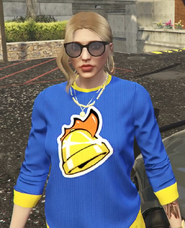 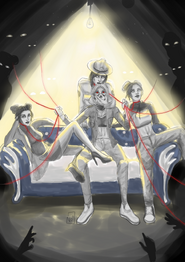 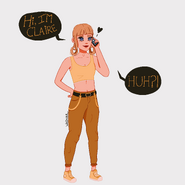 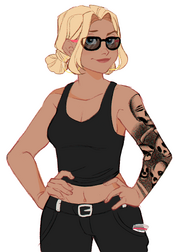 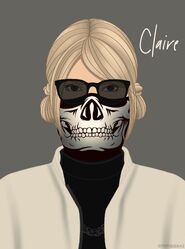 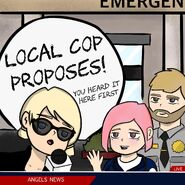 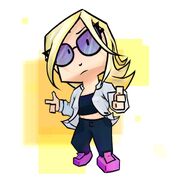 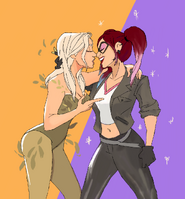 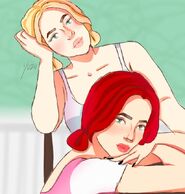 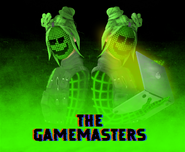 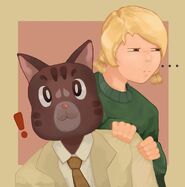 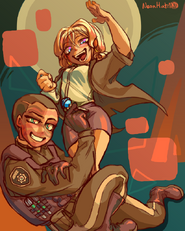 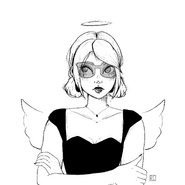 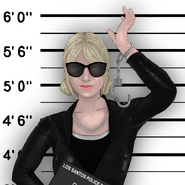