Claire Jessica Everly is a character role-played by LunaOni.

Claire Jessica Everly is a Sergeant for the Paleto Bay Sheriff's Office, Badge #380.

She was formerly a Dispatch FTO for the Los Santos Police Dispatch as well as a Private Investigator for the Department of Justice.

Prior to moving to Los Santos Claire was a Sergeant & Detective for the Liberty City Police Department, working drug-smuggling & homicide cases, as well as a state trooper for the Liberty State Police where she also attained the rank of Sergeant and worked the Gangs Division. Claire moved to Los Santos to reconnect with her family and start fresh.

Claire is a Caucasian female, standing five foot seven with deep blue eyes and pale skin with a dusting of freckles across her face. Claire has stark white hair styled into an asymmetrical bob cut that is an easily-identifiable family trait. Caused by a genetic condition that causes the hair to lose melanin during childhood, Claire has had white hair nearly her entire life.

With a slender and muscular build, Claire has a stronger physique than her nerdy demeanor would suggest.

Claire wears prescription glasses, commonly with dark-rimmed frames. Without them she has trouble seeing a few feet in front of her. Her makeup is usually modest with dark red lipstick being a common choice.

Claire has a few tattoos, some of which may or may not be temporary. On her upper left arm she has a rose growing through a skull; on her right a sleeve with flames and an engine; and on her upper left chest she has a molecular symbol. Claire also has a few faint scars, including one on her left leg from where the Sanctuary Killer stabbed her repeatedly during her torture.

The most notable feature of Claire's personality is the generally upbeat and positive energy she brings to every interaction, even with hardened criminals. Claire is an empathetic person at heart and always looks for the best in people. Claire can commonly be heard saying "We're all human at the end of the day, just people who make different choices." This belief informs everything Claire does, from her day-to-day life to her work as a cop. Claire prefers to give people the benefit of the doubt, no matter their past.

Claire is a confident person, but can be socially awkward, occasionally sticking her foot in her mouth. She spent most of her teen years reading books or playing D&D with her few friends. Claire had a somewhat sheltered childhood and misses out on many pop culture references and innuendo. Being a bit of a nerd also leads Claire to overthink things at times, which can stress her out.

Claire is a loyal person, often to a fault, which can result in her being passive with those she cares about. This can lead to Claire being hurt by people close to her, especially those she looks up to.

She also has an aggressive side that she works diligently to keep suppressed, but can leak through during intense situations. Claire is also quite assertive and confident, especially in the line of duty. She also has a tendency to be quite sarcastic, sometimes rubbing people the wrong way. As a former Broker cop, Claire can also be loud and foul-mouthed at times.

Claire has a good sense of humor and is always willing to join in on a bit. She loves making people smile and laugh, thanks to her childhood spent cheering up her adoptive father, a detective. Claire has an awkward streak and can be a bit of a klutz as well, something she'll play up for the laughs. 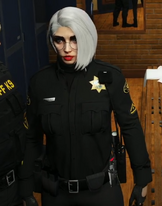 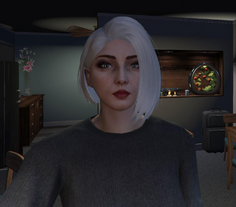 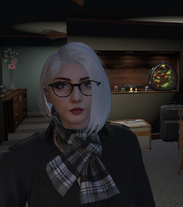 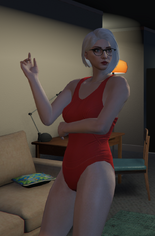 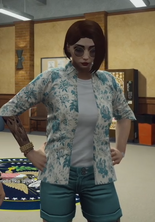 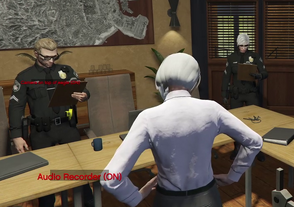 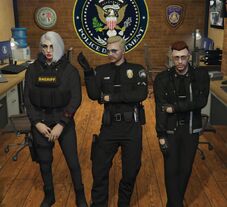 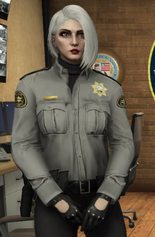 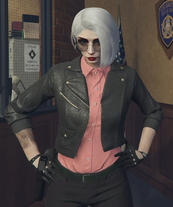 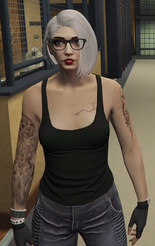 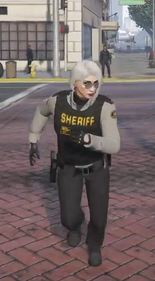 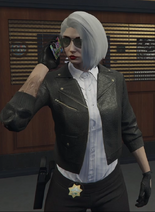 One of Claire's "interrogation" looks 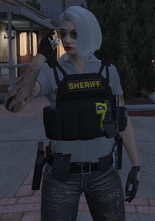 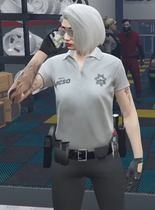 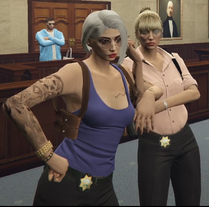 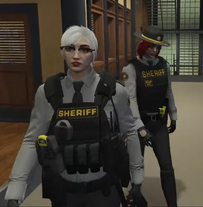 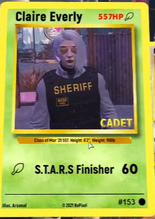 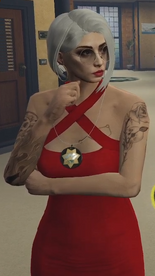 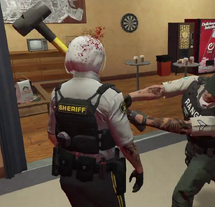 Pinzon smacks Claire with a sledgehammer 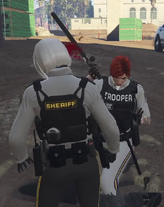 Copper takes out her frustrations on Claire 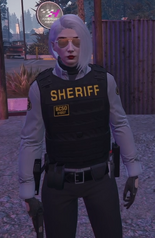