Chip Wheeler is a character role-played by Hoss.

Chip Wheeler is the Secretary of the Bondi Boys MC.

Chip Wheeler is currently employed as a mechanic for the Tuner Shop. He spends the majority of his days working alongside managers Eddie and Mary at the shop and helping customers to find their dream car. Chip isn't all work and no play. It should be no surprise that this automotive junky has a soft spot for racing on the side. If you're following lap times, or visiting the Vinewood Touge make sure you keep an eye out for "Sketch".

Chip was also a Shadow Member of the Bondi Boys Motor Club, serving as their secret Treasurer. He kept his role a closely-guarded secret from all but the highest-ranking members of the BBMC. His code name within the club was "Mr. Drifter."

Chip went loud on the 24th of February and is now fully included in the BBMC activities.

Chip stands roughly 6 feet tall without shoes, short brown hair, goatee, and usually seen wearing a hat. Chip's wardrobe consists mostly of black clothing. Some say because it's figure flattering, others have speculated it's to hide the grease and hobo piss. Most assume he just likes the color.

Due to an incident at the Tuner Shop, Chip has begun to wear an eye patch after he received immense damage to his right eye. He is also currently bald due to HR punishing him for wrongdoings.

Chip is generally a happy character who enjoys hanging out with friends, cracking jokes, often juvenile, and has a love all things automotive. A rather sociable character, Chip strives to be a good citizen, avoiding criminal activity, and helping out whenever he can. Chip's giving nature is great for making friends, but often times comes at the cost of discounted or even free car repairs!

Since the opening of the Tuner Shop, Chip has helped to train mechanics within the shop and provide test drives to customers. Due to a few mess-ups, he has become the punching bag of the shop and faces abuse everyday from both the owner and HR. Nonetheless, he turns up to work everyday and shows great pride in his work and place at the Tuner Shop.

Chip has modified his Kanjo with a bolt on body kit, featuring wider fenders, front and rear aero kit, performance exhaust as well as a more aggressive aftermarket hood. If you're headed to the races don't expect to see more than a glimpse of his green under glow as he speeds past.

Shortly after going loud for the BBMC Irwin Dundee interrogated Chip questioning if he really was "bondi till I die", while doing so he asked Chip who his best friend was and Chip answered "Victor at PDM". (Referring to Victor Fittipaldi) 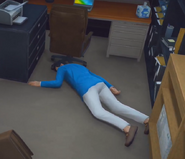 In a conversation with Chain

Live Concert of Hubcap with TJ and Barry

With Collin and Jordan outside of Pillbox

With Jordan and Pez on bikes 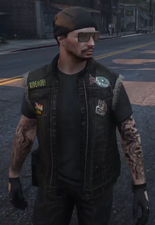 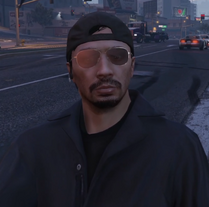 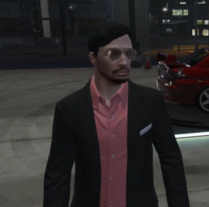 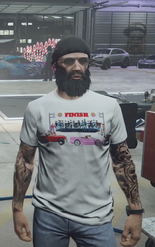 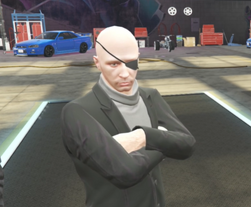 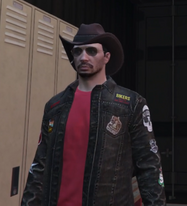 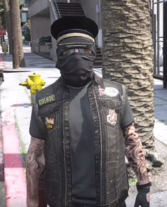 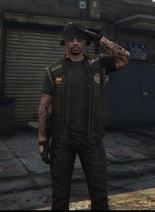 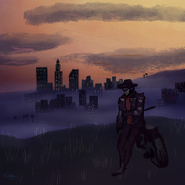 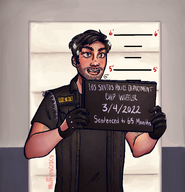 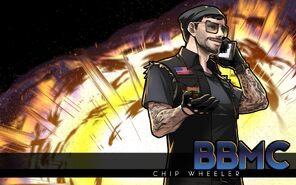