Black
Catherine "Cat" Scratch is a character role-played by Killrbeauty.

Cat is the Treasurer & Secretary for the Lost MC and a Mechanic at the QuickFix.

Cat's mother walked out on her and her sister around Thanksgiving when she was young. Her father was devastated and began to drink heavily, forgetting to take care of his daughters. Things took a much darker turn later in her teen years, where Cat finally up and ran away when she was 15. Her life after that is still a mystery.

Cat started out as burglar from the East Coast. She met a rich guy, and found out he had some items she was seeking in his 'special' stash. She used her feminine wiles to win him over, and she then proceeded to steal extremely valuable items from him. When he finally found out who had stolen from him, Cat was chased from her life on the East Coast, and across the country. He lost sight of her around Texas, and Cat found her way to Los Santos where she has been hiding out ever since.

Cat started out in Los Santos solo. She is not quick to trust anyone, and finds those she does trust to be the few she would kill for. She met some people along the way who showed her the criminal life ropes, and helped expand her knowledge of the cities inner workings. She has yet to be caught robbing from the Jewelry Store, any houses, or Fleeca Banks. Cat is a cautious criminal and likes to plan her escapes thoroughly, ensuring her best bet at escaping any situation unscathed. When she is solo she rides around on her Hexer, tows cars for the city, and can be seen around the Chop Shop holding it down or dropping off vehicles herself.

Cat was originally hired by the Lost MC as a mechanic at the QuickFix in June 2019. She was still alone at the time, and they gave her a guiding hand. She started to see "The Boys" as her family, and eventually set her sights on becoming a member of the Lost MC. She was a hangaround for about four months before the boys voted to let her Prospect. She was fully Patched in alongside her fellow Prospects; Negan Graham and Al Weaselton. She now holds the ranks of Secretary and Treasurer.

Cat is very impulsive at times. She will do things just to see what the outcome is and what kind of reactions will occur. She is very sensual by nature, and tries to use that to her advantage; talking her way out of tickets, arrests and bad situations. She is not quick to anger, but when she is, her claws come out. She can and will be ruthless to anyone who messes with her family. She will hunt the offender down, as she likes to call it, and unleash her own version of vengeance.

Cat is currently engaged to Paddy Patrickson, the Head of Security of the Vanilla Unicorn Strip Club, making him her Old Lady within the Lost MC. They met at a speed dating event in September 2019 at the Yellow Jack Inn and have been in a relationship ever since. At the time, Cat was still a Prospect in the Lost MC and Paddy was with the Bondi Boys MC. He is the only person Cat has ever trusted with her deepest secrets. On February 28, 2020, Paddy proposed to Cat at the cliff side by the lighthouse overlooking the water.

Cat has started showing symptoms of Dissociative Identity Disorder (DID), a condition in which an individual's identity splinters into multiple personality states.

In January 2020, Cat suffered a head injury in a road accident. After three days in the ICU, she woke up seemingly a different person and called herself "Catie". The doctor said to give it a few days and Cat eventually came back to herself. Later though, Catie emerged again and as time goes by, more alters manifested. It appears each of the alters have a role and specific triggers that cause them to surface.

All the alters together are collectively known as the "System".

It was revealed that Cat has been aware of her condition for years. She also admitted that she isn't the original but an alter designated by the System to take control over the body most of the time. This is a closely guarded secret that is known only to Paddy.

Referred to by the System as "The Little" (since she is young and the beginning), Catherine is the Original, or the "Core". She is a trauma holder and most likely will never make an appearance. The world terrifies her and everyone in it more so. Little has been said about her, other than the System surrounds her in safety nets and will not let anyone close to her; unless she wants to come out herself.

Recently revealed that the Cat everyone knows and sees on a daily basis is actually an alter herself. She came to be at age 6 and has been the primary alter ever since. She works with the other alters to make the System blend in to everyday life. Her main concerns are seeing the System survive and being the strong one to deal with the day to day in Los Santos. Recently some new memories were given to her and she learned that the memories Cat held of her Mother were all untrue.

Catie is bubbly, very naive, non-violent, doesn't do drugs or drink alcohol and loves to wear bright colors. When asked about her past, she speaks of a stable and happy childhood with both of her parents around - something that never actually happened. Catie loves to help others and finds peace in being able to assist in any way she can.

Kain is a 28 yr. old male alter. He works in tandem with Cat and keeps the other alters in order. Kain is very blunt, controlling and takes NO crap from anyone. He steps in when things get too heavy for Cat to handle, or she is too weak to perform her role. Kain has been struggling lately with some new memories that have been unleashed Inside. He is a filter and controls memories that others in the System could not necessarily handle. Kain and 9 have been working together to sort these new memories out and make them less raw for the System and Cat to handle. He is concerned about the lasting effects these new memories could have on Cat right now, saying she is not ready to deal with them.

9 made her appearance after Paddy told Cat that he had talked to someone about a theory he had on her. Without his knowledge he was correct in his theory and thus brought 9 to the front. 9 stated she sees things logically and that Cat's secret being out there is dangerous for the System. 9 had a deal with Cat, and if certain things occurred and the trust was broken, then she would front and be out until said problem was rectified. No one is sure what 9's motives are or what she was up to while she was out, but she terrifies people.

9 is logical, critical and emotionless. She has no cares or concerns for anyone outside the System and will do whatever is needed to keep the System and its secrets safe.

She is still a mystery to all.

It has been revealed that "Black Cat" is a split from "Cat". She can mimic her almost perfectly when she wants/needs to. She is a part of "Cat" that took excess trauma she herself could not handle and fronts when things get too heavy for "Cat" to deal with. "Black Cat" has her own motives, ideals and objectives; at one point she was dormant for awhile because the System had perceived her as a threat for actions not yet known to us. She comes out sporadically and usually unnoticed to those around her, adding to her mystery, it speaks volumes about her ability to blend in. 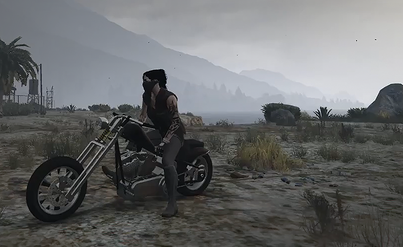 Cat on her Hexer 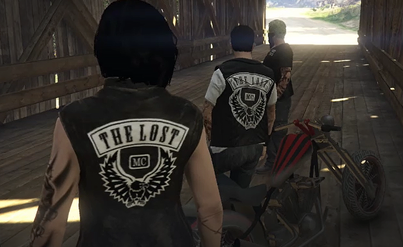 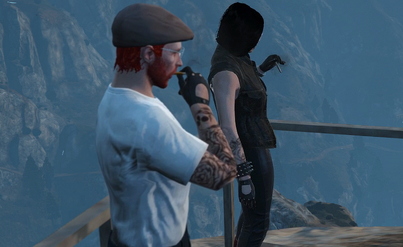 Cat with her Old Lady, Paddy 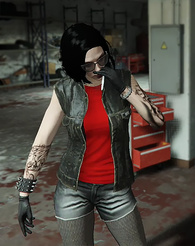 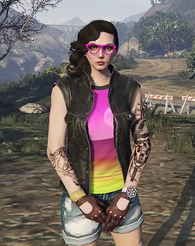 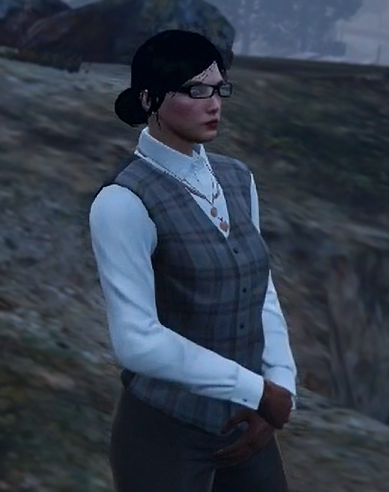 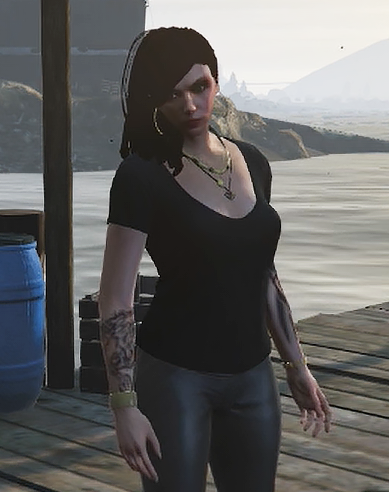 "Black Cat"
Add a photo to this gallery
Retrieved from "https://nopixel.fandom.com/wiki/Catherine_Scratch?oldid=43644"
Community content is available under CC-BY-SA unless otherwise noted.