Cassie was born to a South African father and a Dutch mother in South Africa. Her mother left them when Cassie was 3 years old so her father became the sole carer for her. Her father got into drinking and this started an addiction. Cassie tried to help out around the house but due to being busy with school, she wasn't able to get a part time job. She eventually got into the wrong crowd at school and they started showing her how to steal stuff which lead to eventually robbing stores.

This went on for years before she got caught and was arrested. She got let off easily since it was a first time offense and her father started to blame himself for how she turned to crime. Her father made her promise that if he went to rehab, she would try to better her life and try to stay out of trouble. This is when she decided to move to Los Santos to try and better herself.

Cassie can come off shy in the beginning due to her past life so she is cautious with new people but once she gets to know someone or if she feels comfortable with them, she opens up more and starts to trust the people around her.

Family and friends mean everything to Cassie so she is loyal to anyone she considers to be her family or friends. She doesn't take it lightly when the people she loves wrong her or harm her in anyway. She is not one to easily forgive and she holds a grudge so it would take a lot for Cassie to forgive someone that has wronged her really badly.

Due to her mother leaving at a young age, Cassie developed attachment issues so she gets attached to people she deems family or anyone that she considers to be a close friend. 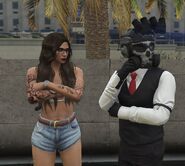 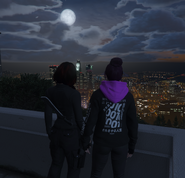 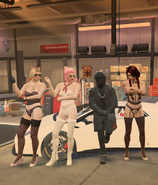 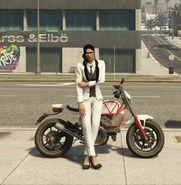 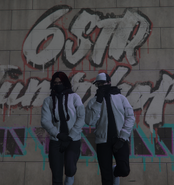