Casey Valentine was a character role-played by HeyOrbz.

Casey Valentine was an Officer for the Los Santos Police Department, Badge #423.

He was previously a Paramedic for the Emergency Medical Services, before transferring to the LSPD to become a full-time Officer.

Casey's relationship with Daphne started with flirty and cheeky remarks during chases, and while she was in holding at MRPD. After Dephne was stabbed by Dazza Dundee, and hit by Irwin Dundee, he became her support system. He listened to her troubles, and even going as far as proposing marriage to save her from getting killed by the Bondi Boys MC, if she left. Casey and Daphne were in an open relationship, and additionally they were both are in a relationship with Violet.

After dealing with the stresses of police work and after experiencing Violet in a hostage situation, Casey decided to break off his relationship with Daphne and by extension Violet to hopefully avoid putting them in situations caused by his line of work.

One of Casey's ex-partners, during his time with the EMS. They were previously in a monogamous relationship. The couple eventually broke up on good terms, and then got back together, this time as a polyamorous relationship. They have since broken up.

Trish was a previous EMS colleague at Pillbox Medical. Trish is a good friend of his. Casey would often give her a ride in the ambulance, when she needed to get to places; as Trish does not own a car. 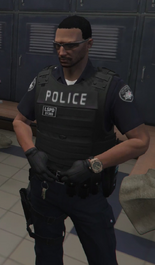 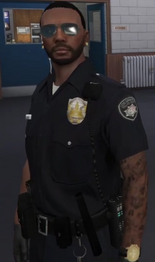 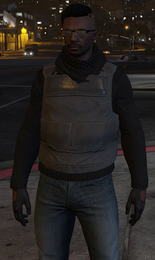 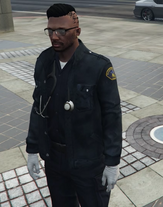