Capped Tarranova, better known by just his last name Tarranova, or his street name 'Pigeon', is a member of Street Team.

In recent months Tarranova has been branching out of the weed game and has started to provide weapons throughout the city of Los Santos. He sells all types of weapons from Class 1s to Class 2s, grenades and much more.

Tarranova has since developed a reputation for being one of the most prolific drug and weapons traffickers in Los Santos, supplying all sides during peacetime and wars, delivering weed shipments and war packages via land, air, and sea, often alongside his friend Winston Bolt.

Tarranova is known for his ability to traffic dozens upon dozens of weapons throughout Los Santos within 24 hours. According to Tarranova, he can sell 100 pistols in three days.

As of April 2022, Tarranova's main Class 1 weapons supplier is Randy Bullet, sourced from Aleks and Olga Sazkaljovich. The Chaos is a supplier of Class 2 weapons, explosives, and other miscellaneous items such as handcuffs.

Ivan Ivanov has provided Tarranova with flares to use for his weapons drops. 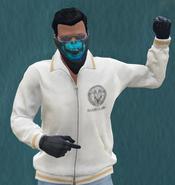 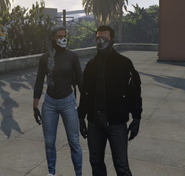 Pigeon and his roommate Arya Shah

Pigeon (in his Changaloa outfit) conducts a weed and weapons deal with Vice Roy's crew, the Rising Sun