Assistant to the Director

Founded by Silas Grimmer and Oscar Fitzpatrick, the BTF aims to catch burglars in the act during house robbery calls (10-31A), and are known for 10-13A calls due to their habit of being gunned down.

The newly founded BTF began as a small unit after the economic collapse of Los Santos but has begun to garner attention and honorary members (Hopefuls) due to the recent spike in activity of house robberies. The noticeable spike was observed and documented by Silas Grimmer and in response the BTF expanded its normal patrol operations to include undercover surveillance as well as new code for more effective policing.

After many successful operations conducted with his new and flourishing unit, Silas began approaching Domenic Toretti for his approval and official recognition of the BTF. Silas believed that the BTF was just as important as units like the Street Crimes Unit & High Value Target Unit as it shifted attention toward policing 10-31A calls which had previously been largely ignored in the prior months.

Although initially doubtful about Silas and his new unit, Toretti alongside former OG BTF founder Lance Malton met with Silas to discuss the potential future and legitimacy of the BTF. Toretti gave Silas and his new unit a "proving ground" by demanding a big bust - although the BTF had conducted a successful sting operation for money laundering on its nemesis Puk Deshi, Toretti wanted a potential drug bust.

As fate would have it on September 13, 2021, Silas alongside Willy Glory would catch Anthony Murphy in the act of doing a weed run on the very same day they were given their test by Toretti. Having predicted Murphy's path whilst leaving the area of a 10-37 (Suspicious Activity) call, Silas & Willy would pursue Murphy who eventually led them into an ambush shootout involving Wayne Biggz. With the help of Ernest Kaminski who responded to the call for backup, Silas was able to incapacitate both individuals leading to the discovery of large amounts of weed in Anthony Murphy's vehicle.

Through the guidance and aid of Bob Smith alongside the SCU, both Anthony Murphy and Wayne Biggz were raided leading to the discovery of over 28 kilograms of weed. Given their prior history of distributing felonious amounts of marijuana, both individuals were charged with Drug Trafficking. As a result of their successful bust, the BTF has now expanded into investigating 10-37 calls in Vinewood.

Although having huge involvement and assistance with The Big Bust, the Street Crimes Unit are labeled by Silas as "moochers" for trying to take all the credit. The two units have rising tensions primarily instigated by Silas himself but were on relatively good terms due to a gift given to the SCU by Willy Glory in the form of a minivan.

After the court case in which Wayne Biggz was found 'Not Guilty' of Drug Trafficking, the rivalry between the two units sparked once again. With each unit blaming the other unit for the failure, many vandalisms were made in each respective department's offices. Posters began appearing throughout Mission Row Police Department with false propaganda about each unit - the culprits obviously being both SCU & BTF members alike. Tensions finally came to a head during the PD meeting when insults were thrown against each other regarding the case.

Silas eventually met with SCU alongside other BTF members to discuss the case and both sides were unable to come to an agreement to be friendly with one another. Ultimately, the SCU decided they would neglect to assist with the BTF in their operations and recognized Willy Glory as the rightful leader of the BTF. However, Glory stayed loyal and stated he would never be able to fill Silas's shoes. Silas commonly refers to Bob Smith as "The Big Mooch".

After being officially recognized within the Police Department as an official unit, the BTF conducted a joint-effort sting operation alongside Tracy "Skull" Martell and her newly formed unit WAZP (Wartell And Zome People). To conduct this operation, the BTF dressed as girl scouts attempting to sell non-existent cookies to potential house robbers before revealing their true identities and making an arrest. 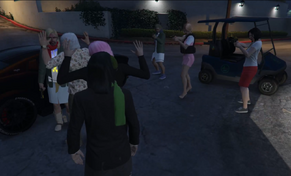 The operation lasted throughout the night and the BTF made many successful arrests in the area of Vinewood. Silas attributed this success to many criminals having their guards dropped when confronted with the promise of girl scout cookies. Word quickly spread about not trusting girl scouts in the area of Vinewood - as a result, plans have been made for future undercover operations involving disguised BTF agents with a different theme.

Led by Lord Commander Kyle Pred, the Night's Watch was started with members of the Burglary Task Force originally as a form of punishment. Individuals who "Take the Black" are banished to "The Wall" aka Paleto up North for patrol duties. Operating out of the Fire Station, members of the Night's Watch utilize its tall tower as their base of operations whilst conducting surveillance to possible crimes and threats in Paleto.

The primary objective of the Night's Watch is to bring "law to a lawless land" according to Lord Commander Kyle Pred. Since its formation, many have seen increased police presence in the area of the Andi Jones Farmers Market. Although originally created as a form of punishment, the Night's Watch and its operations may continue regardless of possible future punishments.

All members of the BTF, honorary or permanent, are assigned a code name. Code names must be cool and roll off the tongue - if the chosen code name sucks, it will be subject to change by BTF members or the individual will be kicked off the BTF patrol. When members are operating under the BTF's radio channel (9), they must refer to one another by their respective code names as well as use proper BTF code whilst conducting their investigations. Dispatchers are commonly referred to as "The Dealer" or "Dealer" whilst operating under BTF's radio channel.

Similar to many gangs in Los Santos, the BTF has a ranking structure - full members are referred to as Agents. People interested in joining the BTF are referred to as Honorary Members whilst responding to house robberies alongside existing BTF agents. Those that show promise are referred to as Hopefuls. Individuals that show commitment in becoming a full member who are personally noticed for their abilities are known as Potentials. The BTF is invite only according to Silas and official members must be full officers or deputies.

To aid in their mission, the BTF have devised a set of Poker themed code words to refer to burglary related events. 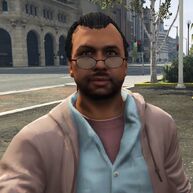 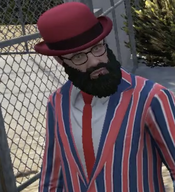 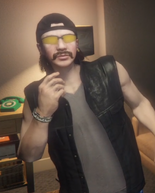 Oscar Fitzpatrick
Assistant to the Director
498

One of the signs posted in the BTF Meeting room.

BTF at the PD meeting.

Burglary Task Force assembling before going out on patrol.

BTF discussing charges with lawyer after a successful arrest. 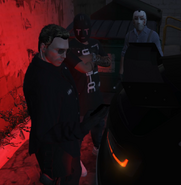 Silas with his CIs. 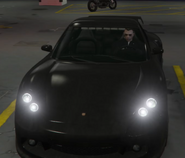 "The Boat" sitting in The Boat.
Community content is available under CC-BY-SA unless otherwise noted.
Advertisement