Brooklyn Baker is a character role-played by OneProtectiveFox.

Brooklyn Baker was born January 20th, 1994, to Harold and Elaine Baker. She was born with dirty blonde hair, and green eyes. She was the cutest baby anyone could ask for. Her parents were still kids of their own, so they weren’t ready for a child. They ended up giving custody to Brooklyn's grandparents Greg and Sophia Baker at birth. Brooklyn was raised well, went to church every Sunday & Wednesday with her grandparents. She was well known for her energetic personality, her contagious smile and just all-around love. At the age of 5 Brooklyn was told by her grandparents that she was going to be a big sister to Hanna Baker. Little did she know, Elaine and Harold Baker wanted nothing to do with Brooklyn and disowned her immediately. They were ashamed that they had a child and were too young to care for her, so they didn’t want Hanna to know what they had done. So, she never got to meet her sister and always wondered what it would have been like to meet her. Her grandparents would show Brooklyn pictures of Hanna, her little sister, but that’s all she really knew of her.

Brooklyn was very smart, in fact in school she excelled so much that she was able to bump up a couple of grades in elementary school. While at home with her grandparents, her grandfather and her would watch COPS together. Being that Brooklyn's grandfather was a retired police chief. In middle school, Brooklyn was on the A honor roll list. She was very smart, and she had lots of friends. Her friends would come to her with help on homework, and Brooklynn would even tutor others as well. Her life got even better when she went to high school, she was a part of so many groups: BETA club, Photography Club, Tutoring Club, FFA. She was the leader of her high school class, where she graduated high school with a 3.9 GPA. Needless to say, Brooklyn's life was about to change. She began to wonder what her sister was like and wanted to meet her. But she knew that would never happen.

Colleges wanted Brooklyn, while the only thing Brooklyn wanted was to meet her younger sister being she was now 18 and Hanna was 13. Brooklyn looked at college inquiries and decided she wanted to go to school for criminology. She chose a school that she knew would do her well for her and applied. University of Ohio was her pick, she knew that they had a great program for what she wanted to achieve in life. She went on to study Sociology, Social psychology, and Forensic Science. Within 4 years of her studies, she earned her bachelor's degree in Criminal Justice. It’s something she had always wanted to be being that her grandpa was a retired Police Chief. She will never forget the times he would take her to the gun range to shoot a 9mm. Brooklyn was set on one day becoming a Police Officer, and she also learned throughout trips to the gun range with her grandfather she learned that she had a pretty good aim with a gun. 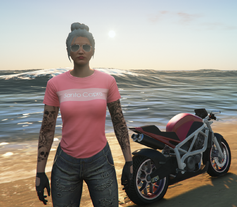 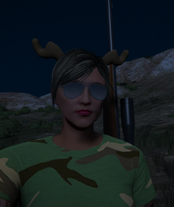 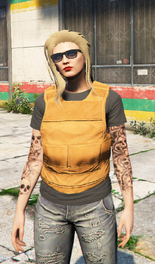