The Blaine County Sheriff's Office, along with the Los Santos Police Department and the San Andreas State Police, make up the executive branch of Los Santos; together they ensure that the law is upheld and enforced.

Travis Tribble is the Sheriff in charge, with Rocko Colombo as the department's Undersheriff.

From there, the rankings are Sergeant, Senior Deputy, Deputy, Solo Cadet, and Cadet.

Cadet call-signs begin with 5 (as in, 5xx), while Cadets who have been cleared for solo patrol have call-signs that begin with 6 (as in, 6xx.)

The title of Park Ranger holds equal ranking as Deputy, with the exception of Conan Clarkson, who holds the rank of Senior Deputy.

There were six Detectives within the BCSO that were assigned to the CID: Detectives Tribble, Dorian, Hall, Colombo, Buggs and Keys.

(While the CID has been dissolved, this information will not be deleted, as it helps people identify who prominent Detectives are.) 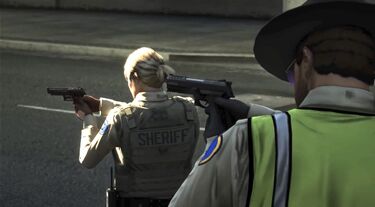 Lauren & Dante in “A Peek into NoPixel” trailer 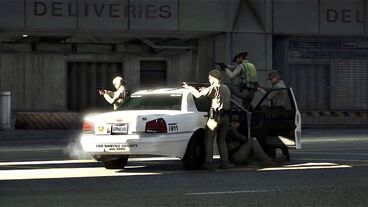 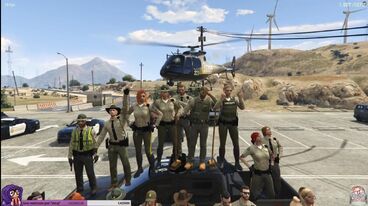 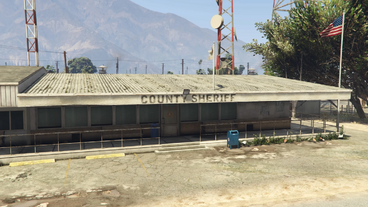 Sheriff's Office in Sandy Shores
Add a photo to this gallery
Retrieved from "https://nopixel.fandom.com/wiki/Blaine_County_Sheriff%27s_Office?oldid=44168"
Community content is available under CC-BY-SA unless otherwise noted.