Black Betty, Inc. offered job opportunities to residents of the city. Sonya Summers was known for hiring newcomers and giving them goods to sell or pawn shop jobs. Black Betty Inc. used the employment agency front as a cover for illegal acts such as gun trading and drug sales.

During this incident, Sonya spotted Arthur Hammond meeting with OTT. This led to a series of events resulting in the death of David Barker and the presumed death of Sonya.

Following Sonya's disappearance, Sean Tinker, who was second-in-command of Black Betty, decided to carry on her legacy by buying an office located in Vinewood. His intention was to shift the focus of the organization from a street gang towards a legitimate business as a cover for selling weapons and dealing cocaine in Vinewood. Not much progress was made until Sonya returned and assumed her role as leader and CEO. At this point Gomer officially joined the company as CFO and Tinker was head of security. During this time they pursued several business ventures including dealing guns, drugs, selling craftable items and continuing to employ workers to run pawn.

Black Betty began accepting contracts from Arthur Hammond on behalf of the Vanilla Unicorn. After an incident in which The Russians had kidnapped a worker from the strip club, Arthur, acting on a misunderstanding, had tasked them with sending a message. Sonya and Gomer kidnapped Ballaz member Lil K and released her with a message that the Vanilla Unicorn was off limits. In retaliation, The Russians and Ballaz kidnapped Gomer outside of Black Betty Inc.and a tense rooftop standoff ensued. Several bloody incidents followed including Black Betty kidnapping and shooting Vladimir Ivanov.

Black Betty eventually made peace with the Ballaz, but the Russians continued to attack the office and Black Betty members. The war never officially ended but due to the inactivity of Black Betty, conflict between the two groups eventually stopped.

Daryl Dixon (at the time a member of Black Betty), was caught between his responsibilities with Black Betty and the HOA, both being groups who were generally weary of one another he was told by Sonya to drop the HOA if he wanted to stay in Black Betty. His counterparts in the HOA however did not force him to choose a side, hence why he decided to leave BB. Sonya was later caught by members of the HOA robbing a Vinewood house and they questioned her as to why she was robbing homes in the area despite being warned not to previously. As a punishment they shot her and took her valuables. Gomer arrived and asked them to give back the money they took. HOA members Siz Fulker and Denzel Williams refused. Gomer then took Sonya and vowed to contact the HOA‘s employer Matthew Payne about the incident. However, Gomer was not aware of the actual relationship between the HOA and Payne, of which was much deeper than his relationship with Black Betty, therefore causing him to never follow up with any sort of punishment for the HOA and even personally approved of their actions towards her.

Gomer, Sonya and Boe ambushed the HOA at their headquarters in Vinewood in retaliation, Siz was the last man standing and got Daryl to safety while Flippy and Denzel were downed. Then in retaliation, the HOA used Daryl (who Tinker had trusted as a longtime friend and still had keys to BB's office) to access BB’s office stash and steal some of their goods, stashing them in HOA HQ and later Siz's personal stash houses. Later that day, the HOA also ambushed the group at their Vinewood mansion. They downed all members of Black Betty and were subsequently caught by the police when they crashed fleeing the scene.

Police including Officer Kira Light were investigating the organization due to a shooting which involved the group. Prior to leaving the city, Sonya and Gomer planned to move the business to cocaine sales in Vinewood.

Due to differences of opinion between Sonya and Gomer on how the company should be run and their plans being foiled by other parties the company struggled from internal and external pressures. Eventually, both Gomer and Sonya decided to leave the company.

With both heads of the company gone, Tinker assumed the position of CEO and recruited Susie to manage workers. Susie and Tinker had planned to revive the company until Raja Bahadur and QuickFix discovered those plans and put an end to them for good.

Black Betty, Inc. is currently defunct. For a brief time Susie and Tinker continued to buy goods and plotted to revive the company out of the prying eyes of the many enemies around them, with Sonya deciding to strike out on her own and not associate herself with the former members. But, by 2020 all former members had moved onto other endeavors (with any aspirations for reviving the group having been long since abandoned). The final nail in the coffin was the closure of the Job Center and other massive economic changes with the release of the 3.0 phone update in 2021, making the organization's business model unfeasible. 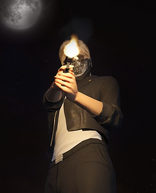 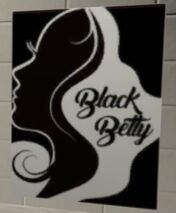