Barry Jones Benson (affectionately known as Bawwy) is a character role-played by BazzaGazza.

Barry Jones Benson (born February 2, 1991) is a 30 year old man who came to Los Santos in a boat wearing a white, wrinkled, and untucked button-down shirt under a black suit jacket with black pants. His original get-rich-quick scheme was to commit insurance fraud by intentionally getting run over by cars so people had to pay him money. Otherwise known as 'Clean Barry' on account of his clean record with the police.

Barry was a millionaire Australian accountant until the company went under and he lost everything. His wife divorced him taking their two kids, Jonathan and Katie, along with all of his money. Barry's dog died because his wife took 50% of it when she left him. In his anger, Barry killed his wife before fleeing his old city. However, Barry keeps the murder of his ex-wife hidden and does not tell people. He also lost a testicle in an unfortunate grooming accident.

On Barry’s first day in the city, he met Jose Pincha - another newcomer. They hit it off immediately and decided that they would work together to make a name for themselves in the city. Soon, they saved up enough money to buy a van together. After searching for ages, the two met William McKenzie (Willy) who would show them how to rob houses, hunt and deal oxy.

Barry, Willy McKenzie and Jose Pincha tried to take over the lockpick industry in Los Santos but were having troubles sourcing lockpicks at low enough prices for locals to buy them. Barry then reached out to his friend Pez Speedwagon, a mechanic at Hayes Auto Body Repairs, to figure out where they could buy picks at lower prices. Pez said that an unknown contact will call Barry with information on where Barry can buy lockpicks in bulk at lower prices. He has since given up on the lockpick business.

He tells everyone that he has never been to the hospital every time he visits the hospital.

Barry is a founding member of the Bondi Boys club, soon to be the largest club in the city. His co-founder and husband Irwin Dundee managed to get Barry to pay him 20K to start the club along with Riley Carter who put in 15k.

With this money, Dundee bought a Tulip muscle car, coloured it matte blue and made it the club’s car. This officiated the beginning of the club. Barry was then taken to buy his club jacket with the Bondi Boys patch on the back.

Barry was recently given the title of 'Road Captain' within the BBMC. He is considered the real leader of the Bondi Boys.

As a founder of the BBMC, Barry primarily manages the recruitment of people into the club. This means that Barry has lots of contacts around the city - especially on oxy runs. These recruits help out by cleaning/earning money for the BBMC, and by doing this they are assessed on their loyalty and competence. These are qualities Barry looks out for as it could lead to a potential prospect for the club.

Being the road captain of the BBMC, Barry has often been involved in high stake situations where guns get pulled out and shots are fired. Despite his experience, Barry is known to be one of the worst shots in all of Los Santos. His lack of skills with a firearm has lead him to lose many shootouts to rival gang members, thugs, cops, and even locals. When the guns come out Barry usually ends up injured on the ground either being robbed or arrested and taken to the hospital.

Despite his attempts to look and act tough, Barry is well known for being the "soft boy" throughout the city and amongst his fellow BBMC recruits due to his overly affectionate and benevolent nature. In fact, the only people he has distaste for are the police, cyclists, and hippies. He has thus earned himself the nickname "Bawwy".

On the 29th of September, 2021, Barry was appointed Vice Prime Minister of the Bondi Boys and Babes.

When Barry first got into the city, he was sporting shaggy black hair with sideburns, no eyebrows, and a wrinkled, untucked, white button-down shirt under a black suit jacket and pants which was once a very nice suit but, like Barry, has been through some tough times.

Soon after, he cleaned up and dyed his hair to a short brown style. Wearing a white t-shirt under a brown leather jacket and dark jeans, his sense of style really shone with the black thong sandals that he pairs with the ensemble. He also finally acquired eyebrows.

Barry is also known to be seen around the city wearing a red jumpsuit (with or without a mask) when robbing houses, or a snazzy black suit and sunglasses which he thinks makes him look rich and powerful.

Barry also sports a 'Dwagon' tattoo in UV ink on the back of his neck, with both the original art and the inking courtesy of Hubcap Jones.

After Barry's interaction with Chatterbox, Barry has taken to wearing a hooded cloak and using a voice changer as an alter ego. He goes around selling people PSP's and other goods in order to make money to "Block out the sun". He calls this alternate personality "Ahhh". Not many know why he has chosen this obscure means of self expression.

During the investigation of Dundee's missing case, Barry created a disguise as one of Dundee's gay fathers, David Dundee. He dressed in a dark suit and sported the infamous 'Dundee mullet' under a fedora.

As a result of a fall from the FIB building, Barry had his arsehole penetrated by a light-pole. Consequently, it has now been permanently stretched to the size of a manhole cover. 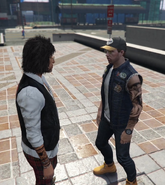 Barry showing off his new tattoos to Hubcap 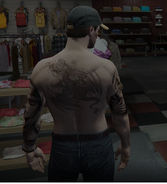 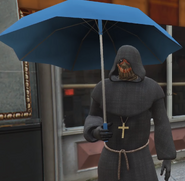 Barry leaning on the Saber 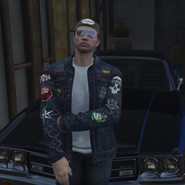 Barry and the Saber

Barry and his son, Terrance Walker

After Finding out the news! 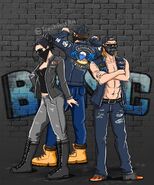 Riley, Dundee, and Barry in the Billabong by @Xymphonee

"You paid money for that?" by @DevilishArcher 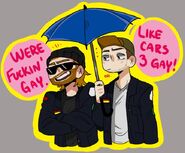 Dundee and Barry by @DevilishArcher 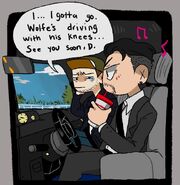 Wolfe's driving with his knees by @DevilishArcher

The Soft Boys by @DustyDumbass

Barry and Chatterbox by ItsNikki

Send in the Clown by sosoannamated

Send in the clowns by sorsanen 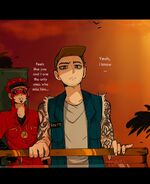 We're going to get him back by @DevilishArcher 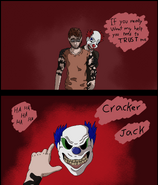 The birth of CrackerJack by @AlmightySmokes 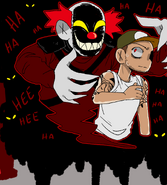 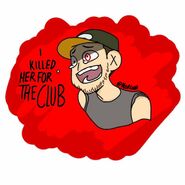 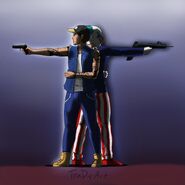 Sad Barry and Dundee by @DevilishArcher 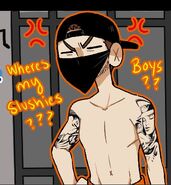 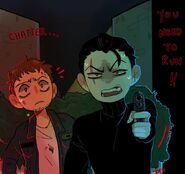 Chatterbox tries to save Barry by @DevilishArcher 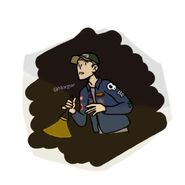 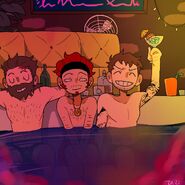 VU Meetings with Dundee and Pez by @DevilishArcher 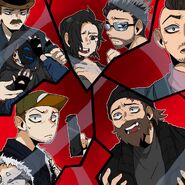 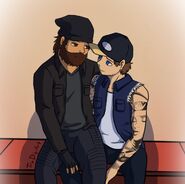 The World Fades around me when I'm with you by @TraDigiArt

by AnoTheHero
Community content is available under CC-BY-SA unless otherwise noted.
Advertisement