The Aztecas are a street gang holding claim to a small territory in the North Rancho area.

The Aztecas are an older gang that existed for decades, but were largely inactive in recent times. Jose Martin Perez revived the gang in 2019, and began recruiting members.

The current leader of the Aztecas is Antonio Espinosa.

The Aztecas are currently on fairly good terms with The Families. They are also neighbors with Saint Jospeh and Grimoire Carolynn Hauttogs III (who was invited to join the gang), and they have a very good relationship with them.

The Aztecas consider the Bondi Boys MC and Misfits as rival gangs.

Olivia betrayed the Aztecas by stealing their guns, drugs, etc., and almost completely wiping their stash. This set the Aztecas back severely, and demotivated Jose enough to step down as leader. Following the event, their ranks grew due to Antonio Espinosa and Violet Noreguarde recruiting more members.

Hutch was sent by an unknown party to false-flag as an Azteca member to Outto-Tune Tyrone. During a chat with OTT, he invited Hutch to join his gang - the Misfits. Hutch claimed that he left the Aztecas because their members were not often seen in the city, and that the gang "will never progress to any significant position".

After a significant disagreement with Aztecas leader Antonio Espinosa, she decided to leave the gang. Violet informed Summer Mersion that she left because Antonio told her that "he makes the decisions, and does not need to consult with anyone in the gang". She also felt the gang was slowly pushing her out by denying her information.

After being with the gang for a very long time, Jesse decided to leave the Aztecas after he felt that he has done everything for the gang but received nothing in return. He aspires to build his way to the top after his departure.

The war began due to Irwin Dundee confusing the Aztecas' light blue gang color as dark blue. This caused conflict as dark blue would cause conflict due to it being close to the BBMC gang color, denim blue. (Some of Dundee's own members don't understand how he could have confused this.) Irwin Dundee told the Aztecas that they needed to change their colors, or hand over the Pawn Shop. The war is currently at a standstill. It is unknown whether the war will truly happen.

They are not currently feuding. They had a war over a trap house, but that has since ended. 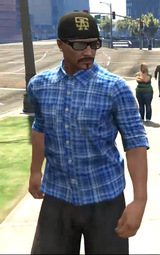 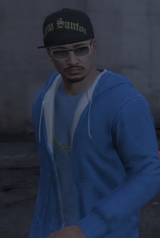 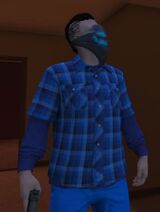 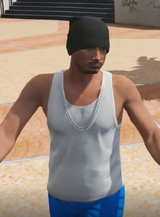 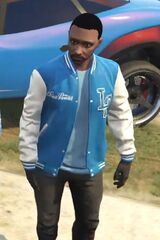 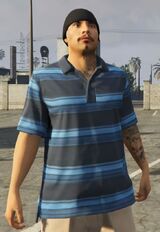 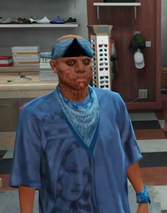 Lucky
Add a photo to this gallery
Retrieved from "https://nopixel.fandom.com/wiki/Aztecas?oldid=54015"
Community content is available under CC-BY-SA unless otherwise noted.