Asher Brown is a character role-played by itsSANDR.

Asher is a 46 year old ex-adult film actor turned criminal after his failed attempt at gaining popularity in his industry while trying to follow in his fathers footsteps.

He has a very distinctive appearance, given his leopard print pants and obsession with anything leopard print or the color brown. He is often described as having a "goofy nature" and "not the brightest", but is very level-headed and "street smart" when it comes to dire situations, and is a very fast learner who adjusts his attitude according to the situation at hand.

Asher has no family in Los Santos and is looking to make contacts. Asher is very loyal and devoted, so once he finds a place he can call home, they essentially become his family. 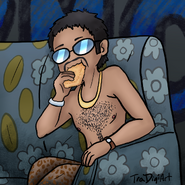 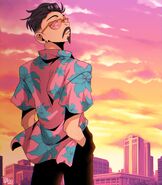