A mysterious man dressed in a black suit and black or reflective sunglasses. He states that he likes to watch and will often do so from his dark vehicle - out of sight.

Arthur has an often discrete, but distinct, sinister side. People accuse him of being very cryptic and arrogant. He does not like to disclose information and is well worded.

Arthur Hammond has a medical background away from the Pillbox hospital where he was known as "Solomon". There is not much known about his life before he came into the city. It was mentioned that his profession was a Combat Medic.

It has been hinted at that Solomon is his name when going out to dispose of people.

He took the name Arthur upon arriving into the city. His real name is William.

The Hammond surname is adopted as it is an orphan name.

Nora Dupres has once inquired what it is exactly that Arthur does, not believing that he was merely a tow truck driver.

Officially, has been doing the following:

Arthur has claimed that he "deals in information". He is very experienced in gathering intel and has various spots for spying across the city.

Arthur Hammond is a criminal doctor though he has mentioned that it is merely his job on the side. It has been mentioned that he is better at 'putting people down' than getting them back on their feet.

Previously the owner of the Vanilla Unicorn and leading drive behind the construction beneath it, Arthur spent a lot of his time managing the place and employees. He had bought out the claims of GSF and presented the VU as a neutral spot in the southside, working under Otto Delmar and Nino Chavez.

The Doctor vs Bovice Wilkinson

Arthur has been playing mind-games with Chief of Police Vladimir Raven, calling him from a burner phone as 'The Doctor", as well as stabbing him and gaining information regarding escaped convict Bovice Wilkinson, whom Arthur was looking forward to capturing. To him, Bovice has bad craftsmanship in his mission. It should also be noted that he had also invested time into Nora Dupres and shaping the DOJ and was upset upon finding out about her death.  As well as Bovice presenting a thorn in his side by threatening medical staff, with whom Arthur had business relationships for the side-building of the VU - the ‘Mission’. Namely Serge Cross. Arthur made Vladimir Raven aware of the connection between him and his persona with the raven's mask, "The Doctor" through a comment, yet Raven had no confirmation until Raja Bahadur accidentally confirmed his identity in passing in a conversation with Raven. The resulting conflict escalated in multiple parties' involvement upon Arthur finding out through Raven. Arthur was also given a time-frame in which to bring Bovice to the PD, Raven threatening him with exposing his dealings. Seeing his only options either the firing squad or maximum security, Arthur got to work.

Previously Arthur had told Sonya Summers and Gomer Colton that he would give them $500,000 if they would turn in Bovice Wilkinson. Gomer Colton agreed and they kidnapped him with the help of Adrienne West within the 24 hours. Adrienne West was later manipulated to dislike the PD and DOJ, presumably taking the criminal's side. She resigned from her position and did not testify in the court case against Chang Gang because she was 51-50'd by Serge Cross. Arthur went into limbo after Bovice could not wake up, golfing and temporarily leaving the city.

Arthur returned briefly on November 30th, 2019, with an unlikely ally in Bovice, whom he had once tried to kill. Bovice was dropped off via a helicopter. However, the winds of investigation have stirred again as both returning signals a new wave of destruction throughout the city.Arthur and his dealings with the many gangs have come under further intense scrutiny by the CID with Trooper Jackie Snow and Chief Vladimir Raven leading the investigation. A CI has spoken out against him.

There is currently an active investigation on Arthur Hammond.

As of the end of Jan. 20 - Nino Chavez will no longer be co-owning the Vanilla Unicorn with Otto Delmar, Arthur losing his management of the establishment in question. Alabaster Slim is to be the new face of the strip club.

Arthur has been active since February and, threatening Jackie Snow with Emily Maw as well as getting a bar license and starting his job as a therapist. He split up from Erin Cox and was a watching part of some of Roman Sionis' stabbings. He intends to pursue a law firm with Murphy Braun, as well as a therapist part in said firm with Pixie Plum.

The Death of Funnyman

Arthur and Murphy Braun were golfing with Vladimir Raven after Arthur and Raven had met at the graveyard. A vehicle pulls up to kidnap Raven, shooting down both Arthur and Murphy Braun who were surrendering. This is likely linked back to Arthur as he was after information from Raven regarding last October. Raven had a tail car and the PD went after the group. A shootout followed between Funnyman and the Ballaz vs the PD when Raven would not budge on information and still had his tracker on.

Funnyman was wounded fatally and died soon after. Arthur went into the ICU after being shot in the chest and was in a wheelchair for a while after.

This event led to a small ripple in the PD with several meetings concerning Raven and the situation, as well as bringing back up the investigation on Arthur as well as the meeting between Snow and Raven a few days before.

Snow later confessed to Ziggy Buggs that he had thought about turning Arthur into a CI after hearing his disgust of the city. Snow, however, described him as "not to be underestimated, definitely dangerous". Snow had been ready to pull his AR out during the meeting at any time. Arthur no longer has keys to Emily Maw's house.

Bo Tucker: "That man being a psychiatrist is the biggest joke in the city. He manipulates people."

Arthur Hammond has no gang affiliations and has chosen to avoid getting too involved in anyone's business outright. He plays his role as a neutral party, also enforcing the neutrality and safe haven of the Vanilla Unicorn Strip Club.

He has chosen his interactions with people very carefully: he has previously often met with Nora Dupres - whom he protected from criminals for his own amusement and was heavily influenced by her death. Due to her passing, he has evolved further distaste for Bovice Wilkinson. He had plans to get her to side with him and change the DOJ from the inside out.

Due to the nature of Arthur's distant and cold personality, it is not often obvious if he sticks around people due to their usefulness or an actual liking towards them. So this list is up for debate. 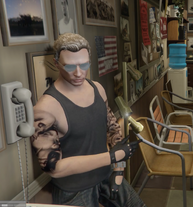 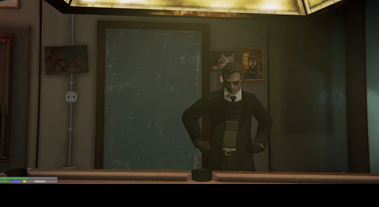 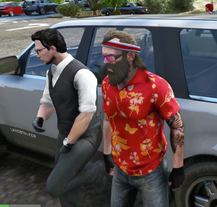 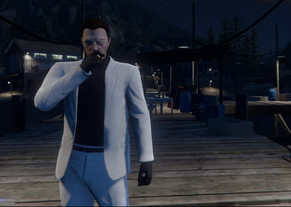 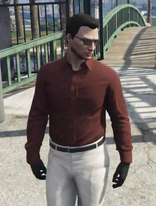