Doctorate of Medicine and of Philosophy

Fuslie
April Fooze is a character role-played by Fuslie.

April Leslie Fooze wears a variety of outfits, but is usually most noticeable because of her height. Her red hair is usually styled into a loose braid which rests on her shoulder or a messy bun. She has a tattoo sleeve of skulls and roses on her right arm, and an 8-ball tattoo on her upper left arm. Her most notable features are her heart-shaped blush and intense gaze.

She tends to be really kind towards others and loves giving lots of hugs. She can also be described as impulsive and chaotic, but her adaptable personality brings her to experience new and exciting things every day.

April is notorious for her habit of scratching her crotch, which others refer to as her "crabs". She has been slowly recovering from this condition after being tested and was prescribed to use a medicated shampoo.

She loves celebrating and dancing whenever she feels she has accomplished something. April aspires to become an influencer and loves interacting on Twatter. She vlogs and twats as much as she can for every event she experiences.

April currently works at Wu Chang Records as a part of the girl group "K's Angels" and a bartender at Vanilla Unicorn Strip Club. She also owns Sugar Daddy Sweets And Beats, a confectionery stall located at Paleto Bay and Del Perro Pier.

April is also known to collect sugar daddies for each day in the week. Her main sugar daddy is Ramee El-Rahman, and she constantly reminds him that she is in his will and will inherit his car at his passing.

April was an extremely successful doctor from another city with her own practice until she got into a terrible car accident, causing her to lose most of her memories and knowledge of her medical skills. She was formerly married to Shmedison Shmark, who she claims left her for Yuno Sykk after the accident. She decided to move to Los Santos in order to take revenge on Yuno and to start a new life. She initially wanted to be a doctor again, but has since found a new passion for vlogging and has decided to pursue becoming a social media sensation, hoping to be able to make a living off of it.

Fooze began her social media career in March of 2021 after she moved to Los Santos, where she posts her unfiltered life experiences in the new city. On April 3, 2021, April gained the attention of the city after her 26th birthday celebration went viral on Twatter. As a result of her online popularity, April has been contacted by multiple brands and businesses.

She is currently in talks with LSBN to star in a television program (potentially titled 'The Sharp Wall Show') alongside Elena.

April has been kidnapped three times since the start of her social media career.

On April 9, 2021, April signed with Wu Chang Records. She recorded her debut single "SHEEEESH" on April 17, 2021. She is working with her producer, elevatemusic. April performed her songs SHEEEESH and $UGAR DADDY at the grand opening of Dean World's Night Market.

Her fans are known as the "Aprilicious Losers". 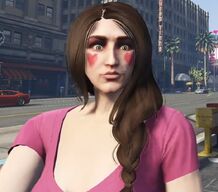 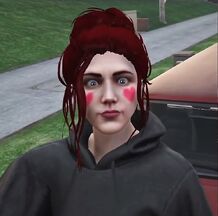 April with her scamming Yoga session! 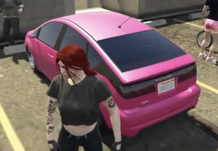