Alex "Lil Cap" Söderberg is a character role-played by JayAitch.

Alex Söderberg, better known by his alias Lil Cap, is a rapper and resident of Los Santos.

He is the founder of Down Bad Records, which he previously co-owned with Richard Chiclets after they both left their prior positions as musicians with Wu Chang Records.

Alex primarily operates as a getaway driver during heists.

Lil Cap's music is available on Soundcloud and Spotify.

Currently, Lil Cap operates under MDM Records, which he signed under to be under the same label as Dwayne Flores alongside a 20k signing bonus.

Previously, he worked within Down Bad Records after leaving another prior label, Wu Chang Records. He left Down Bad due to a lack of communication and inability to reach out on his own end as he does not have a ticket that allowed him to do so. 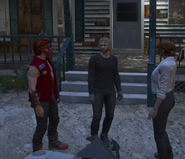 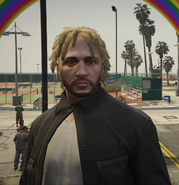