Alex Marshall is a character role-played by aleks.

Alex Marshall is a founding member of The Frat.

Alex Marshall is a twenty-something year old broke college student who smokes a lot of weed. He is a trust fund kid and relied heavily on his father's income to get by. After continually disappointing his father, Alex was prohibited from using the family money and now wanders around Los Santos looking for ways to make his own money.

Alex had studied to become a lawyer, however, on the day of the bar exam, he slept in and missed it. He also minored in female studies and sports medicine. 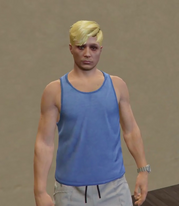 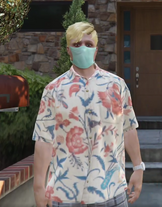 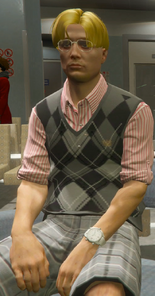 Old Look
Add a photo to this gallery
Retrieved from "https://nopixel.fandom.com/wiki/Alex_Marshall?oldid=59037"
Community content is available under CC-BY-SA unless otherwise noted.