"Don't be a fool, ride with Abdul"

Abdul is a taxi driver and is the owner of Abdul's Taxi Service.

Abdul is considered one of Nopixel's OGs and he's the Only one who has his own Application with his name & logo on it on the App store called (Abdul's Taxi).

Runner-up in Los Santos mayoral elections to (Denzel Williams), under the slogan: "Don't be a fool, vote for Abdul" .

Abdul lost a huge amount of weight in hopes of someday becoming a police officer. In efforts to become a police officer, Abdul had his criminal record expunged. Abdul also worked as a CI for Troopers Kael Soze and Tony Andrews.

He also tried to increase his presence at MRPD by standing outside, often in quiet protest. He told everyone that he wanted to do ride alongs, and was willing to put his life at risk by gathering intel for the police. Despite his best efforts, Abdul was denied a position at this time.

After his hope of becoming a police officer was denied Abdul began gaining weight. He is now back to his original unhealthy weight and has gone back to his previous ways.

After losing the mayoral elections to Denzel Williams by 100 votes , feeling down and upset , Abdul decided to join the illegal racing scene under the name yellow flash, which he found joy in and the more he raced the more addicted he became to it .Abdul started racing in local races , stealing locals cars usually driving (Banshee) then decided to get his own car from the PDM , he got a Kanjo (painted Yellow) on loan , it cost him 160K and after getting it fully upgraded after taking other (GNE) loans from his fellow racers he was fully and solely focused on racing and started distancing himself from driving his taxi to focus more on improving his racing skills. 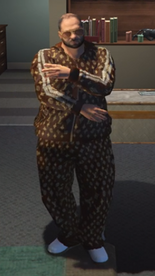 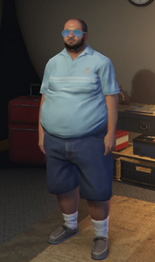 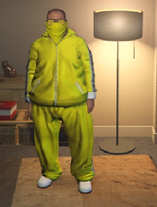