A.J. Hunter is a character role-played by RatedEpicz.

A.J. Hunter is a Trooper for the San Andreas State Police, Badge #207.

A.J. is one of the longest standing cops in Los Santos, serving on the force for 4 years. He has been praised by Officers as both leader and FTO, due to his upbeat and reassuring teaching methods. He can be easily identified on scenes by his signature eye black makeup, and dark brown spiked hair. 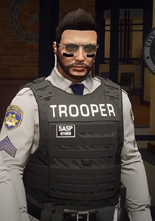 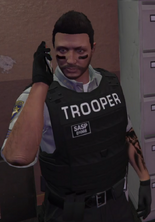 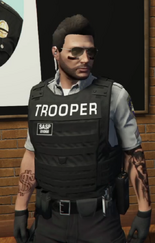 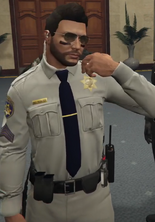 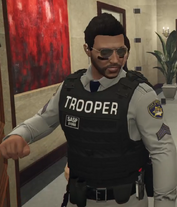 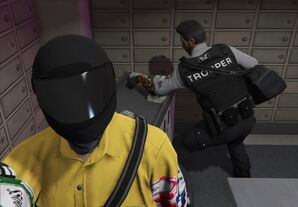 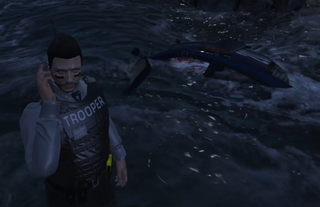 AJ calling tow after sending his car into a river 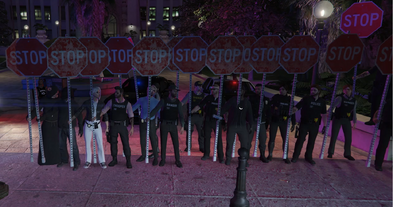 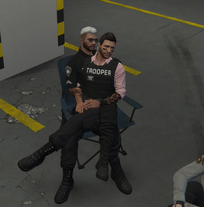 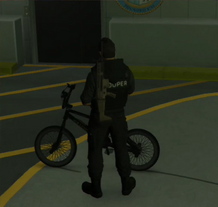 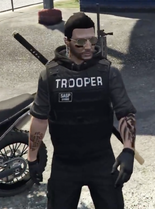 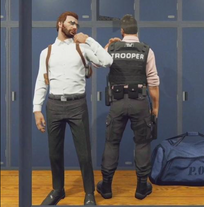 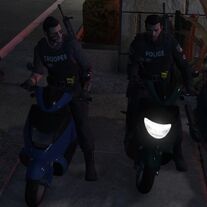 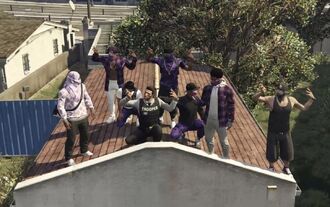 AJ with the Ballas 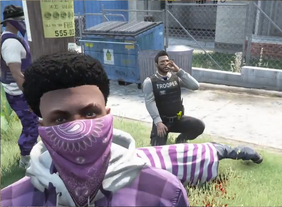 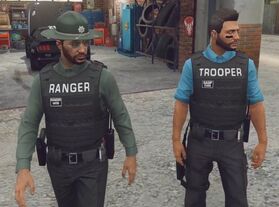 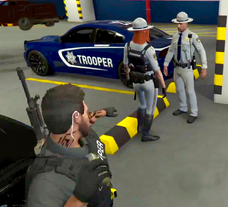 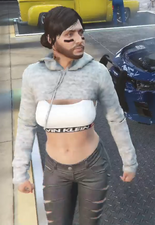 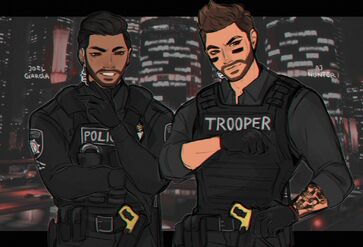